Will Your Employees Speak Up or Stay Silent? Four Ways Leaders Can Support a Speak Up Culture. 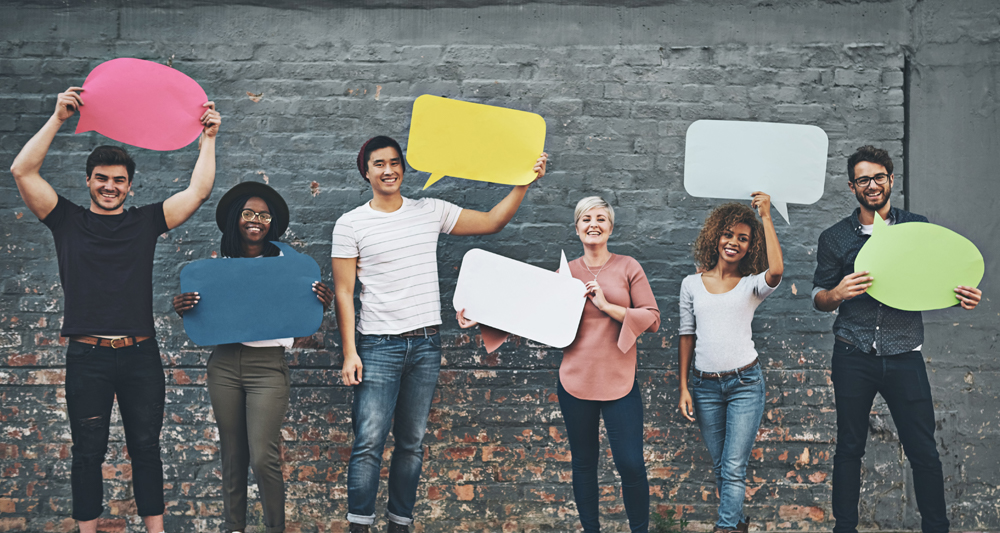 The coronavirus is a significant global issue affecting countries, businesses, and individuals around the world. It’s causing many companies with vast supply chains to rethink their dependence on China and consider how they can diversify their supply of goods. And it has become a dominant theme in earnings releases of the S&P 500 companies. It’s also another example of what happens all too often when someone becomes legitimately concerned about things that are happening within their organizations.

Of the four most typical scenarios when someone has such concerns, only one has the potential to end well for the organization. That’s why leaders must construct cultures that reward, rather than punish, people who recognize that something wrong needs to be made right.

Let’s look at those four scenarios and how you, as a leader, can better ensure your organization’s culture is positioned to either prevent unethical behavior or quickly nip it in the bud.

They Are Willing to Speak Up but Are Silenced.


While the full impact of the coronavirus is unknown, we are clear on at least one significant factor that played into the spread of the virus at the beginning. A doctor who initially raised concerns was silenced by the Chinese government.

Dr. Li Wenliang, an ophthalmologist at Wuhan Central Hospital, tried to publicly warn his fellow medics through a chat group on December 30, 2019. Within days the Chinese government silenced him, forced him to say he was “making false comments,” and said that if he continued speaking out he would be brought to justice.

Dr. Li subsequently contracted the coronavirus, and by early February 2020 he was dead. Today, we can only wonder how many lives would have been saved and how much business disruption could have been avoided if Dr. Li had not been silenced.

They Try to Speak Up but Aren’t Successful.


A similar story was depicted recently in Chernobyl, the award-winning miniseries on HBO about one of the worst man-made catastrophes in history. It’s the story of the 1986 nuclear accident at the Chernobyl Nuclear Power Plant in Ukraine, which resulted in a massive explosion that released radioactive material across Belarus, Russia, Ukraine, and as far as Scandinavia and Western Europe. It’s also a story full of ethical issues, including the disastrous effects of following an unethical directive from a boss.

The whole chain of events at Chernobyl was set off by the decision of the powerplant’s shift chief to follow his supervisor’s orders, against his better judgment. The shift chief was in charge of running a test on one of the nuclear reactors and the readings he was seeing on his instruments told him it wasn’t safe to proceed. His boss ordered him to run the test anyway. After some give and take, he gave in and ran the test. A terrible explosion followed as the nuclear reactor erupted and it resulted in the deaths of many. To this day, Chernobyl remains one of the most polluted places in the world.

They Know They Should Speak Up but Choose to Stay Quiet.


Unfortunately, many individuals do not use their voice when they see unethical behaviors or when they are asked to participate in them.

Take the Houston Astros, for example. While the Astros situation provides many business ethics dilemmas to explore, one that struck me in particular was when shortstop Carlos Correa admitted that, “Everybody had the chance to say something, and we didn’t.”

No one spoke up. They were all content with cheating to win, and I doubt that they were even threatened to keep quiet, like Dr. Li was in China. When asked to carry out the scheme, they just did it. As a result of not speaking up, their reputations are forever damaged and their World Series win is meaningless, even if they get to keep the trophy.

As the Astros situation illustrates, some managers will ask, or direct, their team members to do something unethical to win a game, hit a sales goal, attain a profit goal, or make a deadline. It happens all too frequently. Some individuals are willing to speak up like Dr. Li but are silenced, others try but are not successful, like the plant manager at Chernobyl, and still others don’t speak up at all, like the Astros players. But there is a fourth option.

They Speak Up and Are Supported by Their Organization.


Speaking up can be hard given the pressures of the situation, and business leaders often are left wondering how comfortable their employees feel to say what should be said. Fortunately, there are tools business leaders can use to get a sense of whether their employees are comfortable speaking up, and whether they are being supported by the organization in the process.

Anonymous business ethics surveys are a great way to start getting the answers. These surveys can ask questions such as, “Have you seen unethical misconduct?” And, “If so, did you report it?” These two questions can give leaders a sense of what their employees perceive as the ethical climate, and also whether they are willing to speak up about it.

Second, with a sophisticated survey tool and with the use of analytics, companies can dig deeper into both geographies and departments to zero in on where the problems lie. For example, leaders can look at the survey results for individual regions of the world, or specific countries and compare them to other regions or countries and look for similarities or differences. Leaders can also look at the results by department and compare different departments against each other and look for outliers. Over time, year-to-year comparisons can also be made to gauge improvement.

Third, this survey data can then be combined with other company data to get a more complete picture of the cultural environment. For example, what types of misconduct are being reported and how much is being reported into ethics and compliance or human resources by the country, region or business department? How has their sales performance been lately? Has the group been through a recent reorganization? Have employees been laid off in the area? Did a merger or acquisition recently occur? These types of data points add context to better understand the overall environment of the group.

Finally, armed with this information, companies can set about doing targeted training with the groups that need it the most. And in those sessions, management can dig into the specifics as to why employees are not comfortable speaking up and then create action plans to address the problems. On the flip side, leaders can also ask the groups with high scores what it is that enables them to feel most comfortable speaking up, and then share these best practices with the other groups.

Over time, with a focused effort on periodic surveys, data analysis and follow-up as described above, your employees will know at least three things: 1) leadership is listening to their concerns about business ethics, 2) leadership cares about the ethical climate, and 3) leadership wants everyone to feel comfortable speaking up. By proactively employing these strategies, business leaders can create an open and inviting environment and avoid cultural catastrophes like the ones described above.