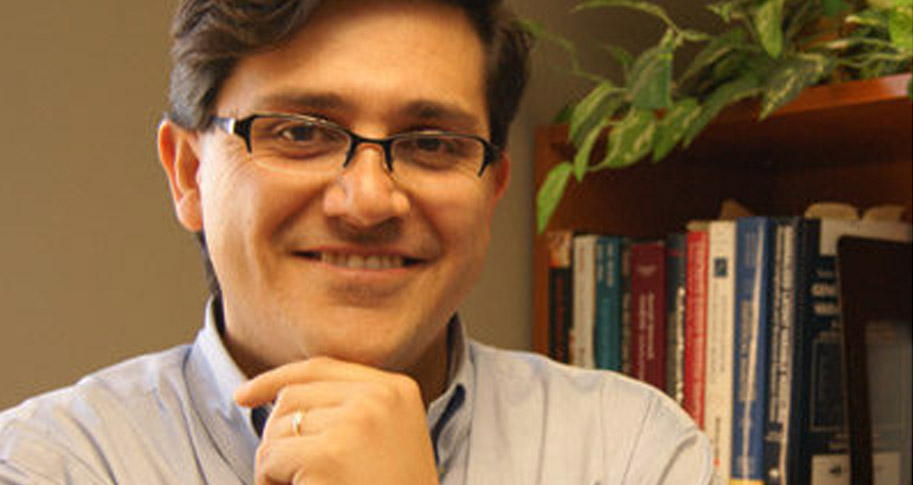 When Dr. Anníbal Camara Sodero learned the University of Arkansas had created a Department of Supply Chain Management, he was eager to get on board. He knows how exciting it is to be part of something that has just started, and he realized a dream when he joined the department at the Sam M. Walton College of Business in January 2013.

It was a no brainer: an excellent job, at a wonderful institution, in the perfect location!

It was an achievement that tops all the other major accomplishments in his career, he says.

Sodero already knows success. In his late teens, he used knowledge gained from his bachelor’s degree in computer sciences at Universidade Federal de Minas Gerais to start a business in a small studio in Belo Horizonte, Brazil. If something needed to be done, he and his partner would roll up their sleeves and take care of it themselves. “At the beginning, we were washing toilets,” he says.

Eventually, Ad Hoc Informática took off and became the market leader in software and consulting services for third-party logistics providers. “The industry was underserved, so we saw this niche,” he says.

In 2005, Sodero sold the company to Brazil’s giant GlobalWeb Data Services Corp. By then, his life had changed considerably. He followed his wife, Dr. Anna Goussevskaia (who recently began teaching at the Walton College as well), to England where she was working toward a Ph.D. in management at Warwick University. While there, he earned a master’s degree in supply chain management. He says he felt a need to grasp the underlying theories he encountered during his more than 10 years at Ad Hoc.

After a brief return to Brazil, Goussevskaia persuaded Sodero, a son of educators himself, to follow his vocation. He enrolled in the Ph.D. program in supply chain management at Arizona State University. The couple moved to Tempe, and his wife became a faculty member at the university’s management department.

Before graduation, Sodero learned of an assistant professorship opening at the University of Arkansas’ supply chain management department. It became his top choice. For starters, many of the faculty’s research streams were aligned with his interests, which are centered on multichannel retailing and the use of social media in supply chains. The collegiate atmosphere of the new department at the Walton College offered unique opportunities of collaboration and cooperation with experts in the discipline. Also, Sodero says he valued that both supply chain management and RFID research centers bridge the relationship between academia and practice.

When he was invited for a campus visit, he says he immediately fell in love with the Northwest Arkansas people and the Ozarks. So, when he received a job offer, he did not hesitate to accept it. “It was a no brainer: an excellent job, at a wonderful institution, in the perfect location!” he says.

Sodero says he is glad to have an opportunity to teach and conduct research at the Walton College. “You can see the passion and vision to create and deliver programs in which you can give back to the community at large,” he says. “I love my students, I love my job, and it is great to give back to the local community.”

In his spare time, Sodero likes to cook. His specialty is chicken tikka massala, a dish he learned to prepare while living in England. He says he and Goussevskaia are eager to explore the outdoors and attend concerts at the Walton Arts Center.

And he wants to start a new hobby. “I know how big fishing is in the region,” Sodero says. “I just want to become a fisherman like many locals.”