The Sam M. Walton College of Business is named after a pioneering businessman best known for breaking convention and founding the retail chain Walmart, which grew to be the world's largest corporation.

When Sam M. Walton, at the age of 44, opened his first Wal-Mart store in Rogers, Arkansas, in 1962, no one imagined he was introducing a retailing formula that within a generation would impact the lives of millions of people.

Shortly before his death on April 5, 1992, Sam Walton received the Presidential Medal of Freedom from President George Bush, the highest honor the country bestows on its private citizens.

In 1998, Time Magazine and CBS News recognized Sam Walton as one of the 20 most influential business geniuses of the 20th century.

On October 6, 1998, the Walton Family Charitable Support Foundation made the largest upfront cash gift ever given to a public business college - $50 million – to establish the Sam M. Walton College of Business Administration. The gift permanently memorizes the name of the late Sam M. Walton in grateful appreciation for the example he set and for the enduring interest and support of his family.

In 2000, the college name was shorted to the "Sam M. Walton College of Business." The gift continues to provide a variety of programs and opportunities for both students and faculty. 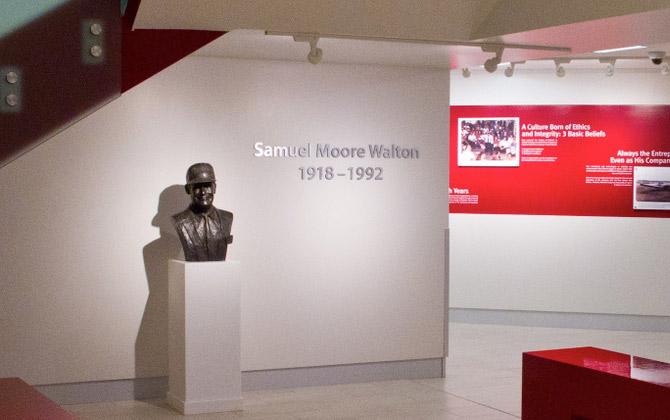 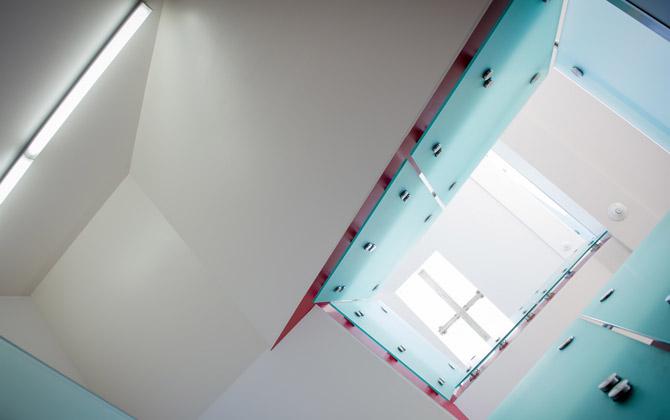 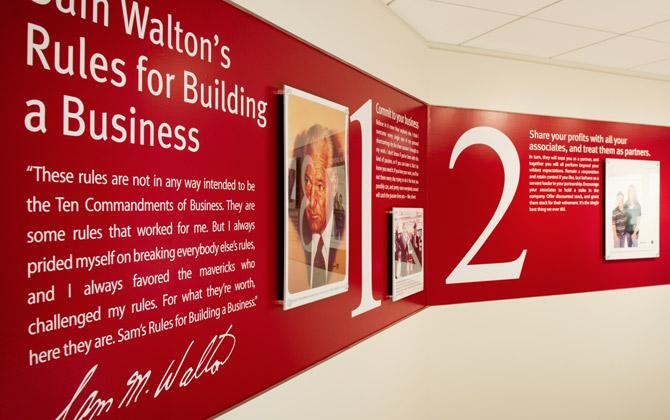 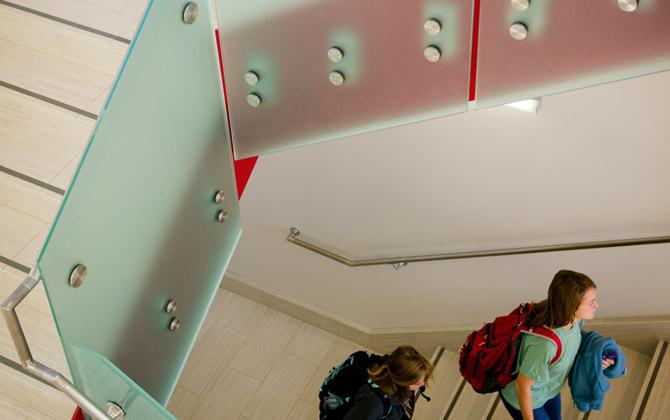 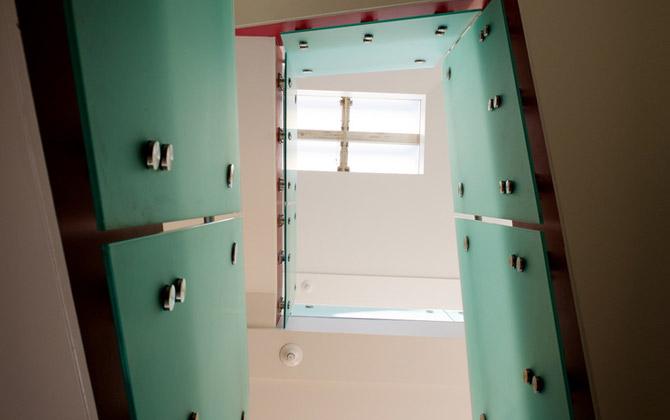 The Sam Walton Legacy Display spans the three floors of the central stairway atrium of the Business Building on the University of Arkansas campus. The display and atrium renovations were funded by a combined $1 million gift from Walmart and the Walton Family Charitable Support Foundation, with each organization donating $500,000. The Walmart Visitor Center contributed artifacts and design assistance.

Exhibits courtesy of the Walmart Museum,
located in Bentonville, Arkansas.