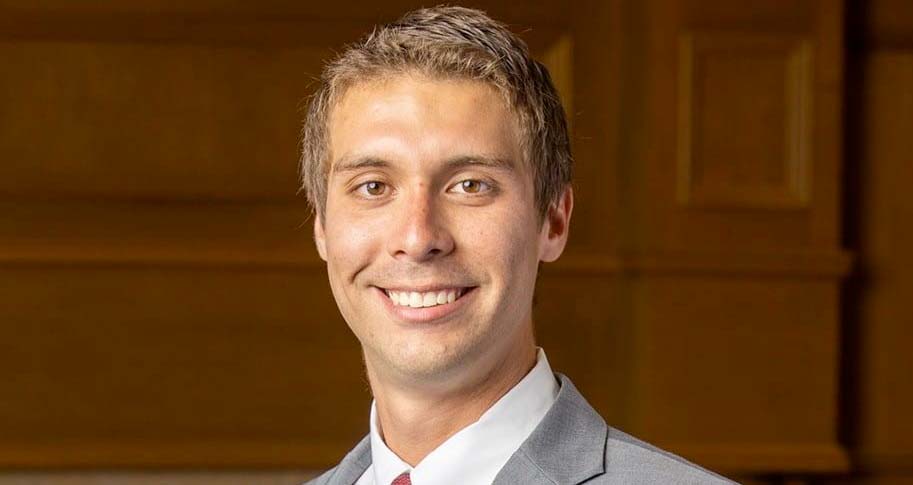 Ralph Bray (MBA ‘23) is on a mission to bridge the gap between for-profit business and environmentalism.

An Arkansas native, Ralph Bray received a mostly private education, but switched to public school in Little Rock his last two years of high school. “It was the best thing to happen to me,” he says, because it sparked an interest in learning about the world outside the “bubble” in which he was raised. Bray earned his undergraduate degree in international business at the University of Arkansas, and continued to seek out broader perspectives by studying, living and teaching abroad.

While living in Spain, Bray became aware of culturally frowned upon habits, like leaving the water running or throwing away items that could be reused. In Mexico, he saw locals properly recycling and cleaning up beaches. After spending three months in China, Bray developed a bad cough as a result of the smog. Several weeks later, the smog vanished – a rare occurrence from factories temporarily limiting their operations to prepare for the exclusive Victory Day Parade. 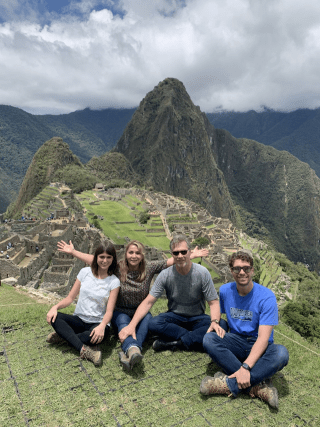 “Living in Beijing in 2015 helped me see a cautionary tale of what I did not want the U.S. to become: littered and full of smog,” he says. However, the experience also left him with a feeling of hope. “I observed first hand that through a united front, we as a human society have the ability to change the environment relatively quickly. Limiting operation is not pragmatic from a business perspective, so I started to think about alternatives.”

After returning to the United States and settling into a profession in enterprise resource planning in Portland, Oregon, the pandemic hit. “I viewed this as an opportunity to diversify my skills and pursue my passion for environmentalism, which led me to the Clinton School of Public Service,” explained Bray. He decided to concurrently pursue a Walton MBA due to the global name recognition of the Walton College. With a nationally renowned supply chain program, Bray sees an opportunity to learn from experts and focus on supply chain and packaging as the bridge between for-profit business and environmentalism. This year, Bray was awarded the Randall Mathis Scholarship from the Arkansas Environmental Federation for his work addressing the “regulatory concerns of industry with regard to sound science legislation and conservation and stewardship of Arkansas’ environment.”

Amid projections of population growth, resource scarcity and an increasing prevalence of natural disasters, Bray is focused on “painting a picture of what could be, rather than a doom and gloom picture of what will be if things are left unchanged.”

In the current linear economy, raw materials are used to create products that end up in a landfill or the ocean. Businesses can positively impact this cycle by retooling for a circular economy, whereby traditional “waste” is reintroduced into the economy. This would require businesses to develop more durable products with longer lifecycles and establish a reverse supply chain where the end user can return items to the store to be recycled, repurposed or re-sold at a discount. Bray also sees a need for social marketing campaigns to help shift consumer attitudes with regard to sustainable purchasing. “According to studies, people do not act sustainably because one of two reasons: they do not know how, or their behavioral norms are rooted in a wasteful culture that can be changed while maintaining a degree of comfort. For instance, farms or grocers could market ugly produce to minimize food waste, which takes up landfill space. Selling ugly produce would not only help minimize waste, but also help generate an additional income stream.” 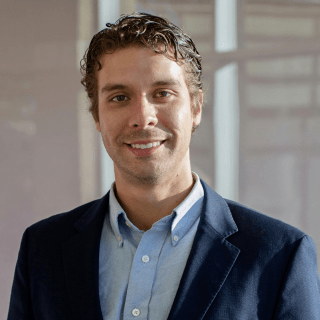 For-profit businesses often view environmental sustainability as being difficult, complex and costly. “They are not wrong, to a degree,” says Bray. However, while businesses and consumers largely seek to minimize costs, these costs only accumulate in the long term. “In Northwest Arkansas, there is only one landfill in Tontitown. Once that reaches capacity, the cost of waste generation will increase for businesses and the whole community. Figuring out a way to reduce your carbon footprint will take some outside the box thinking and a willingness to change.”

Businesses of the future will have a choice – scramble to adapt to inevitable governmental policies like taxes on plastics and fossil fuels, or be proactive and prepare for change. Bray sees Northwest Arkansas and its strong presence of consumer-packaged goods companies as being uniquely positioned to make a major impact on sustainable packaging, whereby plastics are minimized and replaced with cardboard or paper that can decompose or be recycled. A step further is to ensure that these materials are sourced from a certified vendor where the trees are replanted. “Trees are our best defense against rising CO2 levels,” asserts Bray.

Bray is leveraging opportunities at the University of Arkansas to build a network that will help him achieve his goals. He joined the Net Impact group, a student organization that is focused on environmental change, and is working as a graduate assistant for the People, Planet, and Profit Consultancy Project (P4). Bray is looking forward to continuing to expand his connections: “I have already met a lot of like-minded people who care about the intersection between business and the planet, which I would consider a major value add.”

Personally, Bray enjoys surfing, hiking, scuba diving, playing piano and practicing yoga. He loves traveling to new places and seeking experiences outside his comfort zone. “It helps me remember what it means to be human and not a phone zombie,” he says. “While abroad, my phone doesn’t work, so instead of distracting myself on the bus or metro, I make it a point to interact with the people and really immerse myself in the culture. I am passionate about learning from other cultures and businesses, and seeing how creative people around the world are solving for sustainability. It’s really encouraging to see how much solidarity there is around the planet.” 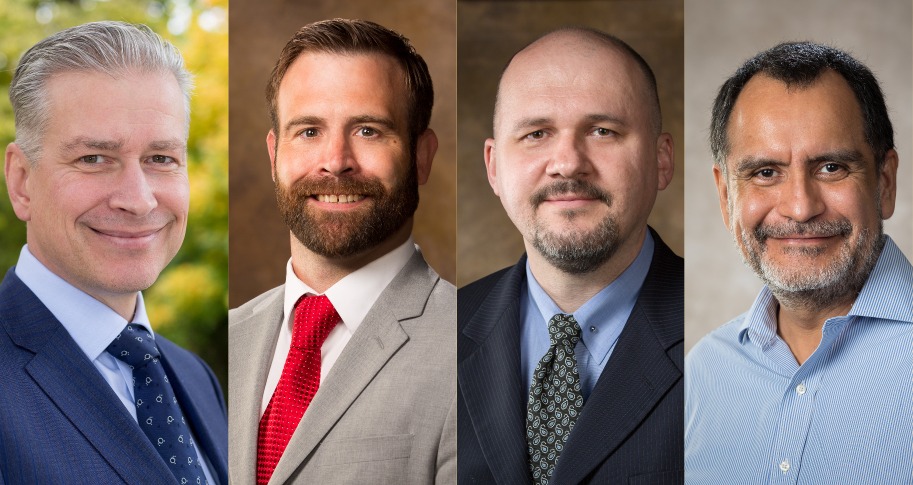 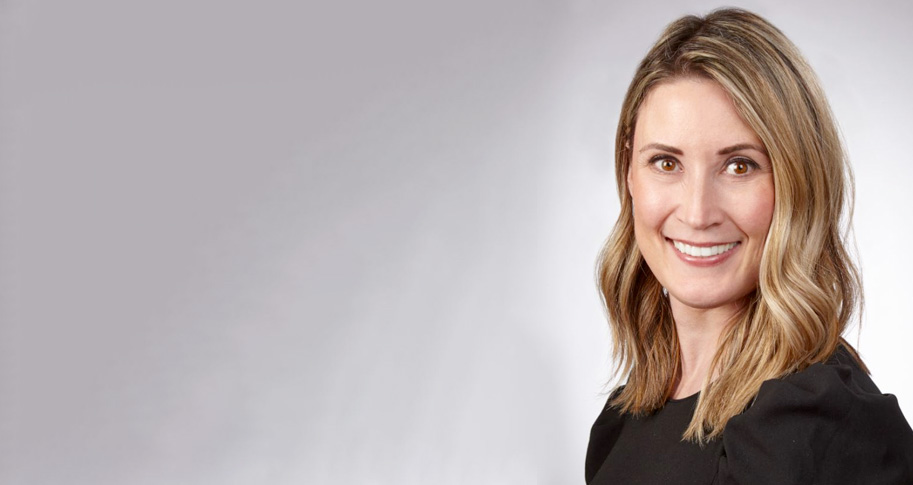 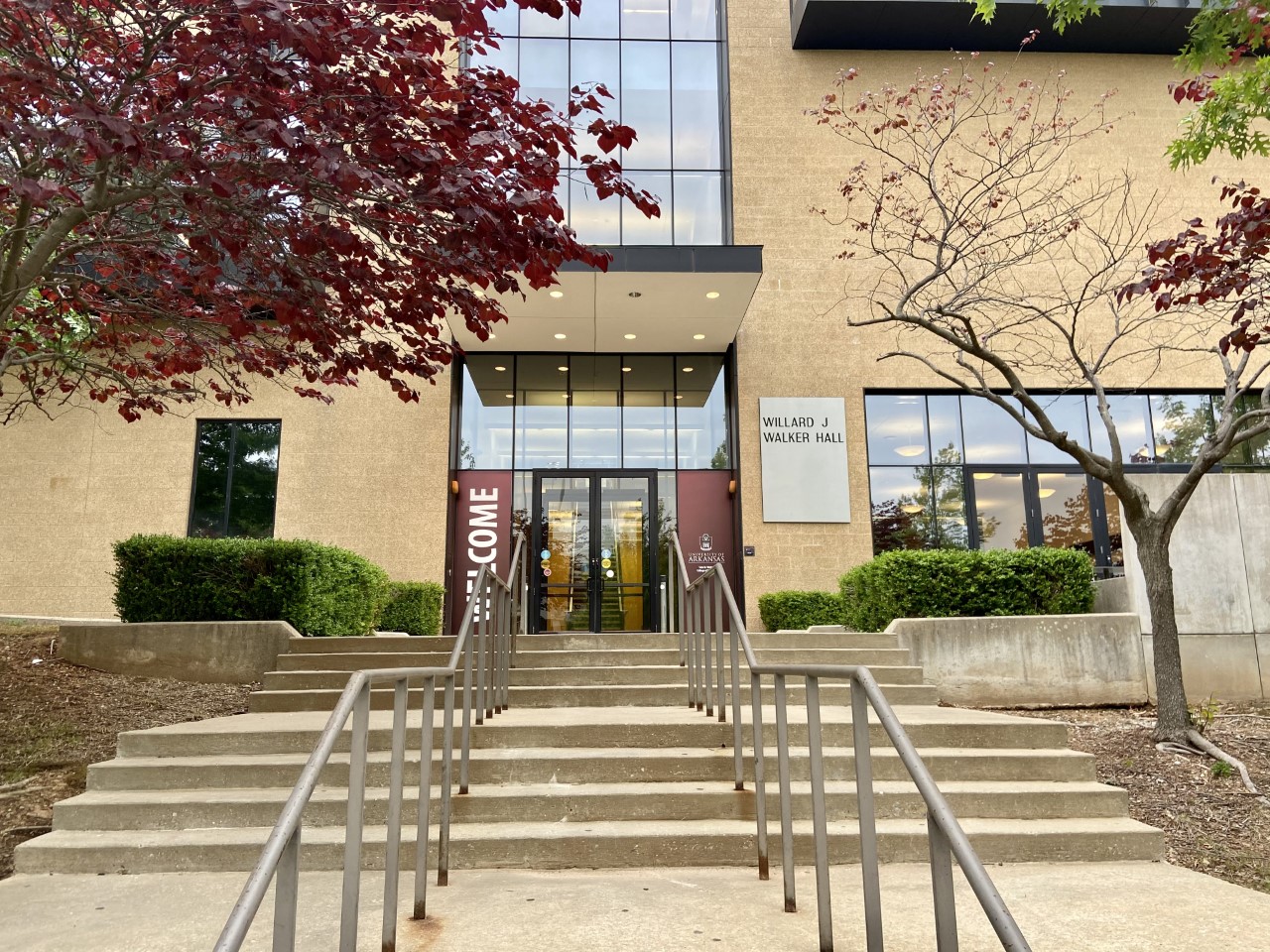 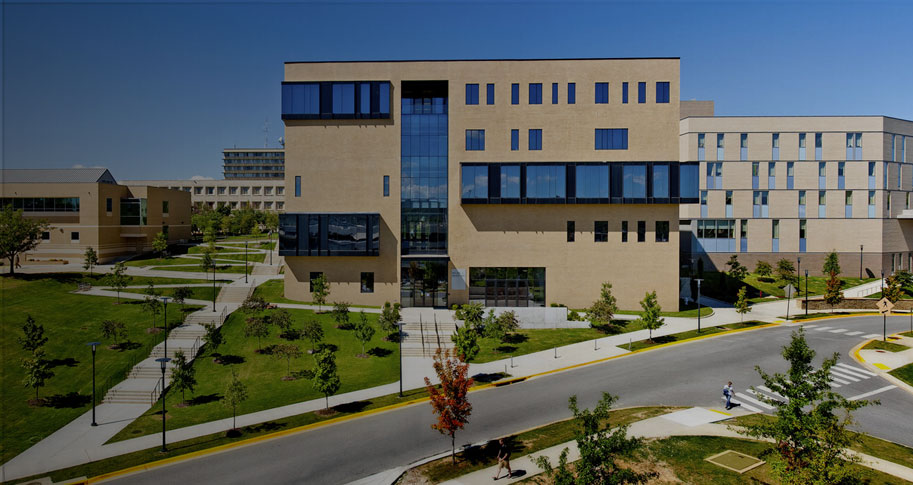 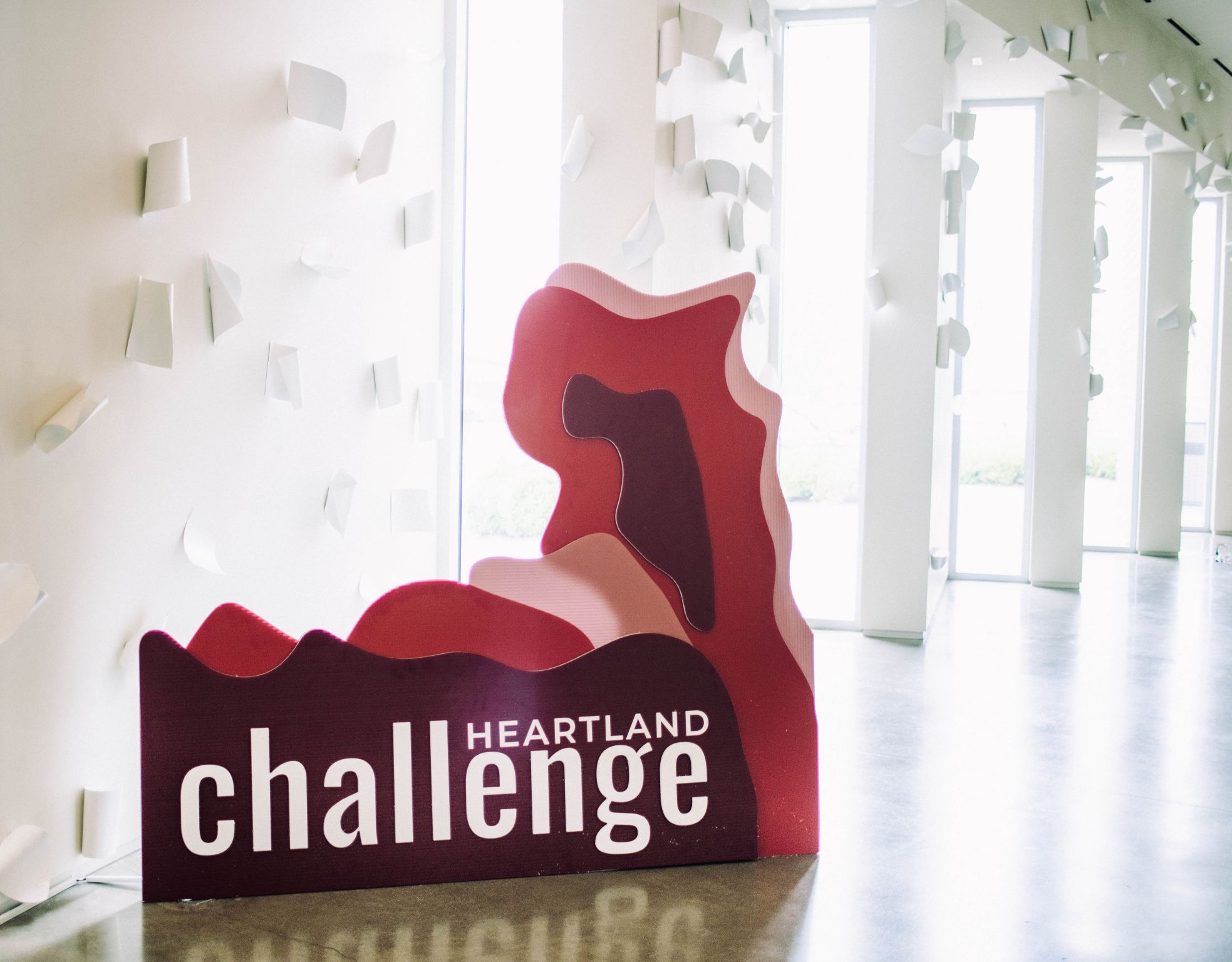 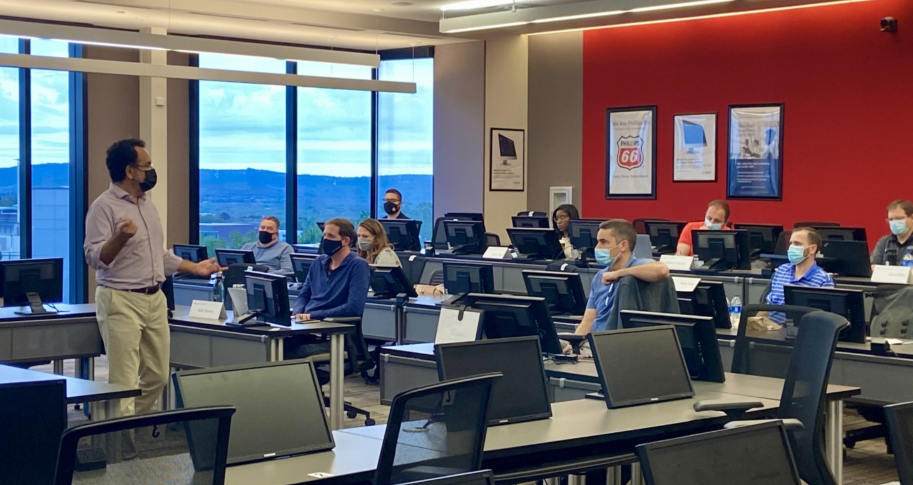