Them’s Fightin’ Words: CEOs as Attackers and Victims of Attacks 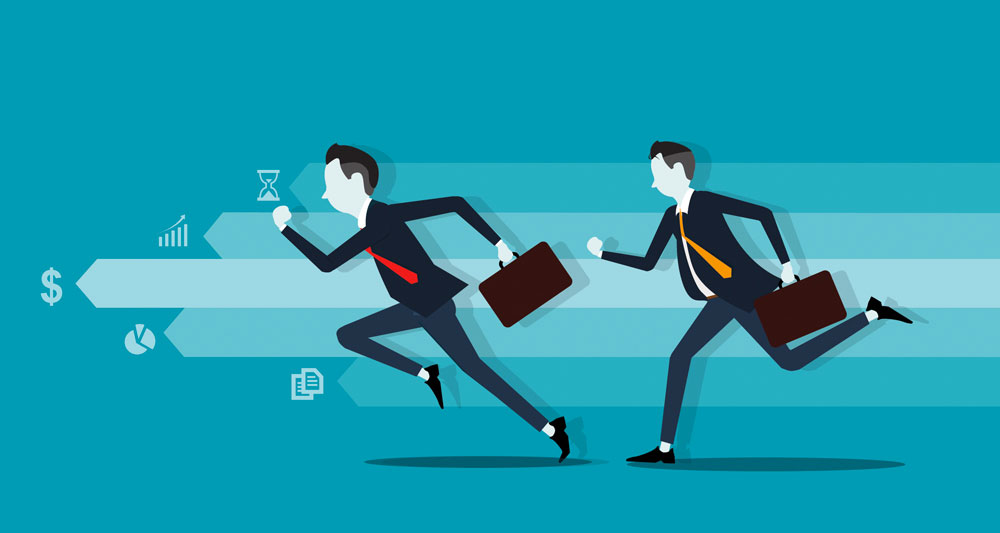 CEOs have made all sorts of claims during interviews about measures they have taken to investigate rival CEOs and exploit that information.

While business has always been competitive, the 1980s saw an escalation in terms of more aggressive financial strategies. This aggressive nature is also reflected in financial terminology. The 1980s was when terms like corporate espionage and hostile takeover became popularized.

As the competition ramped up between rival firms, so did the strategy and the philosophy behind it. Classic works about warfare, such as Sun Tzu’s The Art of War, were being applied to business strategies. Terms like proxy fight and poison pill also reflect the aggressive nature of financial strategy. If you look up the term hostile takeover, the words “defend” and “defense” appear only once, but the term “fight” appears 9 times. While this example is completely anecdotal, it does serve to exemplify the fact that we are often more focused on one half of this sort of attacker/victim dynamic. It also exemplifies how easily we employ anecdotal material in lieu of exhaustive research.

The premise of “Second-order effects of CEO characteristics: How rival’s perceptions of CEOs as submissive and provocative precipitate competitive attacks” looks very simple on the surface but is actually groundbreaking: why are some CEOs and firms targeted for hostile takeovers? Aaron D. Hill, Teresa Recendes, and Jason W. Ridge focus their research on the dynamic between attacker and victim in business.

More attention is focused on the “fight” than on the “defense.” The researchers shine a light on how little empirical research exists in this area. The CEOs who were interviewed are going to some extreme measures to gather information they can use in an attack on another rival CEO.

The aggressive strategies of Sun Tzu are anecdotal in terms of whether they work and it remains to be seen whether Machiavellian intel gathering actually accomplishes anything quantifiable. Many of us often assume that the reason victim firms were attacked was because they were weaker, but that’s only part of the equation. The other part is how were they weak and why were they perceived that way?

That is the question these researchers are answering by using victimization theory.

Bullies and Victims in the CEO Ranks


The researchers employ victimization theory to explore the dynamic between attacker and victims of attacks. A Psychology Today article notes that there are two parties involved in this dynamic, and often the role of the victim is overlooked. Why was the person attacked? What made them a candidate for such attacks?

It could be environmental or professionalism issues, such as being the only MBA in the room. It could be a pattern of behaviors in which someone is victimized once, and that starts a pattern of victimization as they are perceived to be submissive. It could be economic factors, such as the company struggling financially and vulnerable to attack. Whatever the form of attack, psychologists note that staying in this prolonged, heightened state of defense exacerbates the situation for the entire company.

In domestic settings, terms like “attacker” and “victim” are reprehensible aspects of our society. In the business world terms like these are built into your company’s financial strategies. If a company’s stock drops because of a temporary setback, you are supposed to seize upon that opportunity and buy low, essentially taking advantage of the rival firm’s weakness at that moment.

Rarely would you see someone referring to that as “victimization” in the financial world. Nor is it easy to see otherwise incredibly successful, wealthy, provocative people like Jeff Bezos or Richard Branson as a victim when they or their companies are attacked. At the same time, if that attack leads to shutting down a town’s livelihood, such as a factory or headquarters, that concept of victimization likely needs to be expanded.

We cannot forget that behind every number and decimal point involved in these attacks are human beings who have more than money invested in their jobs with these companies. There are entire cities that have prospered from corporate presence. But there have also been cities devasted by economic collapse because of their co-dependency between a flagging company and their employees who comprise a large portion of the city’s population.


The 1980s bred a fair amount of business theory that was based heavily on aggressive strategic philosophy. Whether The Art of War or Machiavelli’s The Prince, the application of centuries old war and court strategy to financial strategy may be part of why business is perceived as “cutthroat.” The researchers fill in several gaps in terms of research surrounding these persistent philosophies in business.

It is, after all, possible to apply these classic works to many modern-day practices. The Art of War can even be applied to how you allocate portions and prepare your dinner! The application of such philosophies to modern day practices is subjective and anecdotal in terms of whether there are positive or negative outcomes.

How that strategy is being applied and whether it is successful is difficult to measure. Applying Sun Tzu’s strategy to attacking carrots and potatoes for dinner can easily be argued as “successful” if everyone gets to eat. How then do you actually measure the degree of dinner satisfaction? This is why the authors say there are gaps in the research.

No actual evidence exists to support the perpetuation of these philosophies, strategies, and theories, as actual quantifiable methods for success. Anecdotally, it can be argued a company’s success is just as likely due to their ergonomic desk chairs as to any centuries-old philosophy.


The researchers use victimization theory (VT) to examine the role victims play in CEO attacks. The theory hinges on the dynamic between attacker and victim, and states that you cannot explore this dynamic without acknowledging all factors on both sides. The theory does not imply that the victim is somehow culpable in their attack but asserts that the attacker’s perception of that victim is likely a factor. In terms of CEOs, if they are seen as old and out of touch, too young to know better, or if the CEO is somebody you don’t mess with – all of these perceptions shape a rival firm’s strategy towards that particular CEO and their firm.

There are two types of victims in VT: submissive and provocative. The submissive victim is one that is perceived as weaker. Research shows that victims of school bullying are often smaller or have lower self-esteems than their attackers.

In the financial world, firms that are seen as tapped out or easy pickings are more prone to attack than “bigger” firms. Slowly chipping away at a company’s business takes a toll on the employees and the CEOs who have to be concerned about them. These stressors not only alter the overall perception of the firm’s “self-esteem,” but also how offensive, defensive, or even rational the CEO’s decision making will be during future attacks.

The provocative victim is one that seems to draw attacks out of fear. People may perceive the provocative victim to be somehow better than them, a challenge to their career goals, or someone who needs to be made to conform to the perpetrator’s way of thinking. Sheryl Sandberg had a bestseller with Lean In: Women, Work, and the Will to Lead. Sandberg talks about being accused of being “bossy” when she was a kid and running a lemonade stand. When she became the COO of Facebook they called her a different B-word. In either case she is perceived as a threat, and how rival firms look at her is often how they are looking at the company.

A provocative executive like Sandberg sets the tone or image for her company. The research, however, indicates that Sandberg is less likely to be attacked because she is a woman, but more likely to be attacked because she is an aggressive, provocative executive, like Mark Zuckerberg. While this is a very positive sign for gender equality in the workplace, it doesn’t necessarily lessen the number of attacks on Facebook. Employees of Facebook experience the same stressors that managers like Sandberg and Zuckerberg do when they are attacked, and the provocative qualities of Facebook’s leadership that make them obvious targets.

So we’re left with a proverbial Catch-22: too much provocative bravado and they have to be taken down a peg or two, but not enough and they are perceived as submissive and too weak to fight back. This dynamic does not change whether you are talking about entry level employees, CEOs, or the company as a whole in a world of rivals. Perceptions of the victims of attacks is a key factor in understanding why certain outcomes happen.


In interviews with CEOs for their research, the authors cited several examples of the lengths rival firms will go to gain an advantage. The more intel they can gather on a rival CEO and their firm, the more information they have to inform their approach. How they went about gathering intel varied from asking mutual acquaintances to cyber-stalking CEOs.

One CEO stated, “Look at what Google does with information on customers – you don’t think this is used for executives?” The degrees to which rivals will go to gain an upper hand are often tied heavily to their aggressive financial strategies. One CEO compared it to judging whether or not you go into a bar based on what type of customers are outside. Another CEO compared it to “running a national intelligence network.” Terms like corporate espionage are not hyperbolic terms, especially in our digital age.


There is no moral lesson here. There is no argument that people should be less aggressive in their financial strategy. What Hill, Recendes and Ridge’s findings have revealed are several overlooked factors for managers to consider. First, you may be the attacker one day and the defender the next. While “the best defense is a good offense” strategy does work, they discover that this approach may likely cast you in the role of provocative victim if you are perceived as a threat to multiple rivals.

It is also worth considering how much of a firm’s capital is financial and how much cultural capital you may have working for you. Does a takeover have to be “hostile”? Will you be seen as taking advantage of a situation or possibly as an investor in other businesses? After all, these CEOs and their companies may represent a town’s livelihood. Big-box stores have been blocked from building in townships “defending” against the threat they pose to local, small businesses. Other towns have “fought” hard to get headquarters and industries in their cities. Cultural capital has value in these situations. CEOs represent more than the upper echelons of a firm. At the end of the day, CEOs, employees, and the towns that support them, are all humans whose livelihoods are at stake.

“Victim” is not a far-fetched exaggeration in the financial world vocabulary that is full of all sorts of “fightin’ words.” 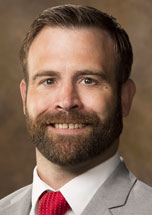