Flying in Formation: Citizenship, Prosocial Behaviors, and Goals for Teamwork in Business 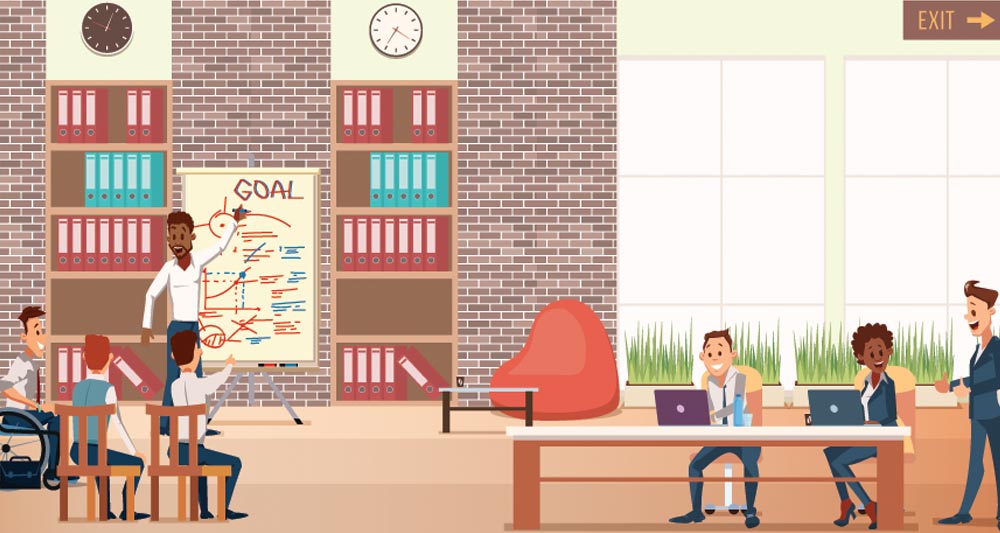 If you have ever seen an air show you have probably seen the Air Force’s Thunderbirds or the Navy’s Blue Angels perform their spectacular maneuvers in front of cheering crowds.

The announcer will explain that, at speeds between 1,190 and 1,500 mph, the famous “V formation” that they fly in is one of the more dangerous maneuvers they perform. A V formation is a whole new challenge at those speeds. One wrong move in such a tight formation can be catastrophic. Without teamwork and the individual’s skills, the formation falls apart. And that’s just what you see in the air – on the ground, there is an even bigger team of specialists who keep those planes in flight.

This high level of organizational citizenship behavior of the Blue Angels and The Thunderbirds serves as a good example of a team dynamic. While there is still a pecking order in flight and on the ground, everyone must work together and as individuals to keep those planes aloft.

The researchers present and test a new breakthrough in conservation of resources theory. Their study is the first ever demonstrate that social support and psychological safety are of equal value to the team and therefore substitutable.


The authors note that very little research into managers “promoting citizenship in their work teams” exists. Team building is often as much about knowing who can work together as what each employee brings to the table, and ultimately how they will play as a team together in the long run. So, how do you instill citizenship in a team project? To answer this question the researchers looked at “social support from within the team rather than external sources, such as supportive leadership.” Once the conference room door closes and the team must get to work, what team dynamics actually work?

Affiliation-oriented citizenship behavior keeps the planes flying in tip-top shape, while challenge-oriented operational citizenship behavior wants to focus on R&D for the next generation of Blue Angel Hornets and Thunderbird Vipers. Putting management and R&D on the same team project will require both strategy and understanding who can work with whom.

Which Team Dynamics Lead to Social Support and Psychological Safety?


Conservation of resources theory centers around inherent behaviors we use to maintain and protect the resources we value. Food, water, housing, and transportation are but a few of the resources most of us depend on and therefore value. If these resources are threatened or not maintained, then we get stressed out.

The stress created from financial insecurity is a perfect example of conservation of resources theory in action. In the workplace, resources go beyond budgets and office supplies. Goals are not achieved by paper clips, but psychological safety and social support are two resources that do drive goal-oriented projects.

Employees often function under a team dynamic involving self-focused goals. These goals are your times to shine and get positive reviews with the company. It is not necessarily a dog-eat-dog team model.

Instead, being a good team player may be more important and make you stand out more than being a glory hound. Other-focused goals include more interdependent teamwork. Employees work together to help each other succeed and the pursuit of these goals create prosocial behaviors that feed into organizational citizenship behaviors, which then creates social support.

Managers benefit from identifying who can work together and who are the more “prosocially motivated,” supportive employees. Teams in the workplace tend to function like any other social group. Attitudes and ethics are contagious in prosocial and anti-social groups alike. The prosocial team internally influences each other in a supportive way, which fosters more buy-in and commitment from team members because they feel supported on a social level. It’s a veritable feedback loop of positivity.

The researchers found that managers should consider psychological safety in their teams. Psychological safety hinges on a mutual respect between team members. Trust helps subdue “defensive tendencies brought on by the uncertainty of change.” Employees on teams embodying prosocial behaviors feel safe to brainstorm, try new ideas, and challenge norms. In general, the member can work without worrying about whether they or their ideas will be rejected or ridiculed. As a result, team members are more likely to broaden and experiment with behaviors that benefit the group.

Support and safety blends together and the two become less distinguishable; trying to split the difference between the two, however, may just be diminishing both to a lower level of productivity. Support and safety have to even out at the lowest common denominator.

The researchers discovered a new aspect of conservation of resources theory in that both psychological safety and social support are of equivalent value to the team. When it comes to predicting team citizenship behaviors, both are prosocial behaviors that are equally valuable to the team and essentially interchangeable. In the absence of one, the other can substitute and provide the same value. With a specific focus on one or the other, you generally see higher levels of citizenship.

You never want to rule one or the other completely, but there is enough redundancy between psychological safety and social support that prioritizing one over the other can be more beneficial than trying to split the difference between the two. The research indicated that maximizing both does not offer any additional benefit than having an abundance of support or safety.


Regarding the “attitudes are infectious” analogy, the authors gave the example of team members implementing social support while being aware that each member has their own role and job to do. Therefore, each member must focus on supporting the other team members as much as they have been supported.

This reciprocity is expected and becomes the norm for that team. Alternatively, team members get more enjoyment out of their work if they feel psychologically safe. They feel free to experiment, challenge, and shift paradigms. In either social support or psychological safety, the team member observes the other members working at a certain level and with a certain attitude within the group.

That in turn establishes a normative level of prosocial behavior for the group that each member has to meet. They do so because maintaining support or safety becomes a priority in conservation of resources theory. Whenever one social resource is low, the other compensates. Will you say, “I feel safe enough to try new ideas and goals even if they might not be supported” or “I feel supported so long as I don’t buck the status quo too much”?

Projects will almost always involve affiliation-oriented organizational citizenship behaviors and challenge-oriented organizational citizenship behaviors. Again, the challenge-oriented strategy may involve being the most supportive team member. An affiliation-oriented strategy may be supporting your team’s goal of changing things.

Ultimately, what needs to be measured is what are the individual’s goals and to what extent do they fit with the team’s goals. What standards become normalized between the affiliated team and the challenge team? Between the socially supportive team and psychologically safe team? Greater citizenship in the group leads to greater productivity, no matter what the end goals are.


For managers leading a team, trying to balance social support and psychological safety is a mistake. The group will normalize these two behaviors. The researchers found that basically going with the flow is common in team dynamics. Employees tend to adjust their behaviors to fit with the rest of the group’s attitudes.

For example, most people don’t have to be told not to wear a Hawaiian shirt and jeans to a board meeting. Most people understand these norms through basic observation and adjust their wardrobe accordingly.

Managers will benefit from investing time in shaping the norms of the team and making sure those norms are focused on social support and/or psychological safety. While investiture in both areas may do no harm, there is enough redundancy between the two that there is no real added benefit to trying to maximize both safety and support. Team purposes and goals may also be driving one over the other, further normalizing safety or support within the group. Conservation of Resource theory accounts for how a deficit in one social resource, psychological safety, can prioritize social support, or vice versa.

At our very core, humans are a cooperative species. We don’t survive and perpetuate on our own. Conservation of resources theory would indicate that the prosocial behaviors discussed in the research are far more beneficial to people than anti-social behaviors. In terms of employees, most people at least know they have to be civil (prosocial) and maintain or better the company (affiliated/challenge-oriented goals) in some way. Regardless of whether you’re a jet pilot or an employee, staying in formation – going with the flow, or following the path of least resistance – is crucial to establishing and maintaining prosocial norms.

Managers should look at these operational citizenship behaviors and utilize those social resources to see where they can grow that citizenship within the team and increase appeal to the individual members. It takes a lot of teamwork to keep flying in a V formation. 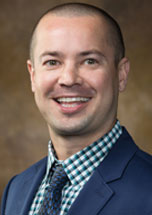 Adam C. Stoverink is an associate professor in the Department of Management in the Sam M. Walton College of Business at the University of Arkansas. He received his Ph.D. from Mays Business School at Texas A&M University, his MBA from the Chaifetz School of Business at Saint Louis University, and his Bachelor of Science degree in Management from the Trulaske College of Business at the University of Missouri. His research examines a variety of workplace phenomena including team resilience, team effectiveness and organizational justice. Stoverink teaches leadership to graduate, undergraduate and executive audiences.