Here’s How to Increase Trust with Stakeholders 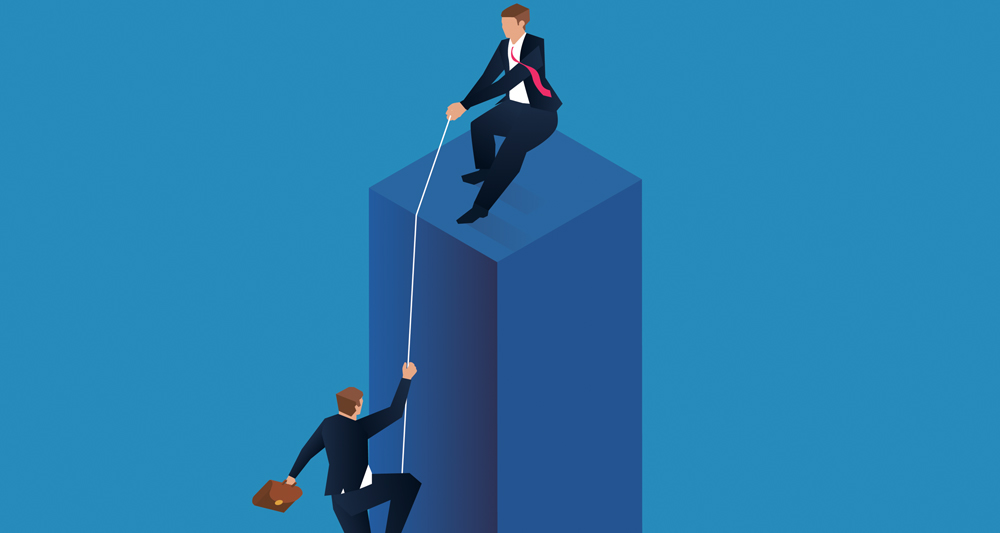 For 20 years, the global communication firm Edelman has been measuring the trust people place in four major institutions – business, government, media and nonprofits. On this year’s Edelman trust barometer, none of the four main societal institutions scored high enough to be considered trusted. None of them.

The lack of trust in these major components of society is startling and unfortunate. It should also be a call to action for businesses everywhere. Business, the Edelman report points out, is best positioned to lead the way on creating trust because it has the greatest freedom to act.

So then, what is the secret sauce for businesses to create more trust with their stakeholders?

The report finds that individuals grant their trust based on two things: competence and ethics. Competence means delivering on your promises and being good at what you do. Ethics means doing what is right and working to improve society. So, if trust with stakeholders is an equation composed of two things, competence plus ethics, why is it more important to focus on your ethics? Because when it comes to trust, ethics is three times more important to people than competence. After tracking 40 global companies for a year, Edelman found that 76% of the trust capital of business is driven by integrity, dependability and purpose. Only 24% of trust capital was driven by competence.

The good news for business is that it is seen as the most competent of the four societal institutions. In fact, when it comes to competence, the report found that business had a 54-point edge over government. Government was by far the worst on both competence and ethics, followed by the media. It’s no surprise that nonprofits were seen as the most ethical, but not particularly competent. With the strong-edge on competence and the greatest freedom to act, business is in the driver’s seat to make a difference for society when it comes to trust.

Workers are Fearful About the Future


One reason the report cites for the lack of trust among societal institutions is that people are fearful about the future and their role in it. People know business is changing very quickly, and they fear they won’t fit in. The study found that 83% of those surveyed feared losing their jobs for a variety of reasons, including lack of skills, automation, and the gig economy. While 79% of those surveyed believed that business should retrain workers whose jobs are threatened by automation, less than a third said they trusted business to do it.

There is data to suggest, however, that business is getting the message on the need to retrain employees in light of automation and digitization. McKinsey recently reported that 66% of private sector organizations with more than $100 million in annual revenue rated the importance of addressing the skills gap as a top 10 priority. And almost 30% rated it as a top five priority. As more businesses openly acknowledge this need with their workforces and then implement retraining programs, it should translate into increased trust for business overall.

Partnerships Can Lead the Way


The Edelman report also found that addressing the skills gap was a place that businesses could lead the way by partnering with the government and nonprofit sectors. This would increase the trust of multiple societal institutions at once. And that type of collaboration will be required to meet the challenge. According to McKinsey, by 2030 roughly 14% of the global workforce (375 million workers) may need to change job categories due to digitization and automation. That, according to McKinsey, is akin to the USA’s shift from an agricultural economy to a manufacturing economy.

Despite the long-term challenges that come with automation and digitization, businesses can use technology now to improve their ethics and integrity, thus increasing trust with their stakeholders. For example, AB InBev, the largest world’s largest beer brewery and the maker of such brands as Budweiser and Corona, is using machine learning to decrease instances of bribery and corruption within their company, sometimes before it occurs. This is novel because the use of automation for ethics and compliance outside of highly regulated industries is often slow.

Another example is Juul. While Juul is facing lawsuits and image problems for creating a surge in youth vaping, the company is reportedly making an important step forward through technology to repair its image and improve its ethical stance. Juul plans to present regulators with a new version of its vaporizers that will only unlock for users who are at least 21 years old. This will be accomplished by using Bluetooth, a mobile app, photos and a government issued ID. The app will also track nicotine consumption.

Everyday Ways to Show Your Focus on Ethics and Integrity


Aside from technology, there are also simple, everyday ways companies can show stakeholders they are focused on ethics and integrity. For instance, they can create recognition programs around ethical behaviors that are exemplified in the company. Leaders can celebrate what employees are doing right when they are faced with ethical dilemmas by seeking these positive examples and finding ways to highlight them and publicly share their stories in large company venues.

The take-away here for businesses is that stakeholders care a tremendous amount about your ethics. Rather than spending all of your time trying to get really good at what you do, spend more of your time focusing on how you do it. By shifting some of your focus and communicating it well, you stand to drastically increase trust with your stakeholders. And trust gives you the license to grow your business.