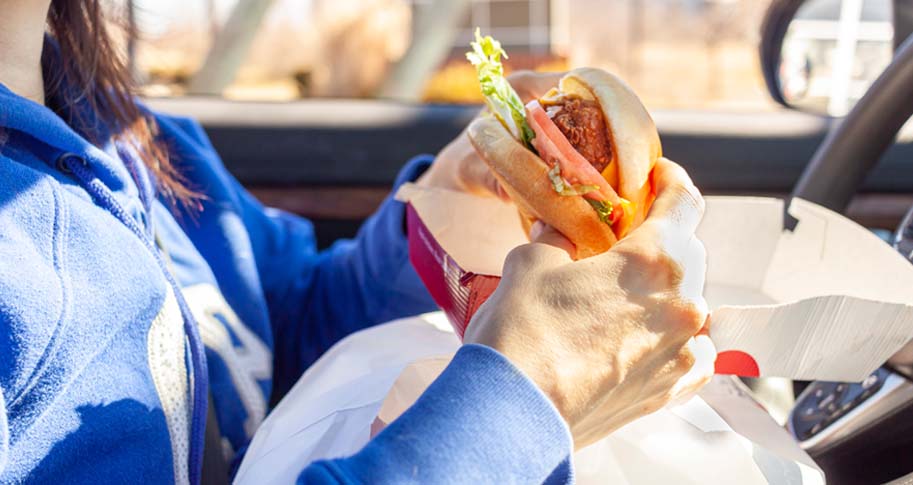 When was the last time you ordered some fast food and read the calorie count? A chicken sandwich from Chick-Fil-A has 440 calories; a McDonalds Big Mac has 550 calories; and a classic meal of four chicken tenders and fries from local Fayetteville stop Slim Chickens could be as much as 822 calories. Or, if you are in the mood for a meal at Chili’s, the Bacon Avocado Chicken Sandwich with fries provides 1580 calories, the Quesadilla Explosion Salad has 1340 calories, and the Crispy Honey Chipotle Chicken and Waffles tops out at 2590 calories. These calorie counts may come as a surprise to some readers, but more health-oriented readers may pay much more attention to calorie counts at restaurants and use the information to inform their choices.

Governmental policies have attempted to use nutritional information to address nationwide obesity, an ongoing issue in the United States (nearly three-quarters of U.S. adults are either overweight or obese, according to the CDC). For example, in 2018, the Affordable Care Act (commonly referred to as ObamaCare) provision that all chain restaurants with at least 20 locations must provide calorie counts on their menus went into effect. As the coronavirus ravaged the world, weight seemed to be on everyone’s mind: results came early in the pandemic that the disease disproportionally affected obese men and women—not to mention everyone stuck at home, eating tons of food, and not able to exercise as usual. Limiting calories can make a difference in curbing obesity, many governmental and public health professionals argue. But how effective are efforts to display calorie information for chain restaurants?

Researchers Christopher Berry, Scot Burton, Elizabeth Howlett, and Christopher L. Newman ask this question in their article “Understanding the Calorie Labeling Paradox in Chain Restaurants: Why Menu Calorie Labeling Alone May Not Affect the Average Calories Ordered.” It’s an important question to address, as evidenced by the article being named a recipient of the AMA-EBSCO Annual Award for Responsible Research in Marketing, which highlights research that produces “credible and useful knowledge that can be applied to benefit society.” They examine the Affordable Care Act policy mandating restaurants display calorie information for customers to see, and what they find is surprisingly and profoundly simple; just as people have differing personalities and motivations, the way they choose to consume food differs from person to person. Their research has newfound relevance given that restaurant sales totals have recently exceeded February 2020/pre-pandemic totals. What can we expect consumer behavior and health outcomes to look like now that restaurant sales volumes are increasing again?

Nutrition labeling goes back some thirty years, when the Nutrition Labeling and Education Act of 1990 was signed by President George H. W. Bush. That’s when that black and white panel on the side of your cereal box became required by the Food and Drug Administration (FDA). “This Nutrition Facts panel (NFP), mandated on most food packages since 1994, was designed to convey product-specific information about serving sizes, calories, and nutrients (e.g., total fat, saturated fat, cholesterol, and sodium).” Research shows these Nutrition Facts have been beneficial in helping “consumers to make more informed and healthful consumption decisions in the context of their daily diet.”

The Nutrition Labeling and Education Act required packaged goods to feature that panel—but exempted food sold in restaurants, grocery store delis, and vending machines, all of which are referred to as away-from-home foods. The researchers note that “away-from-home foods account for approximately half of the total food sales in the United States each year… and Americans consume about one-third of their total calories from these foods.” Not only are these away-from-home foods typically higher in calories and lower in overall nutrition quality, but research indicates that for meals that are the least healthy, most people “drastically underestimate the calorie, fat, and sodium content of these meals.”

Then, back in the 2000s, a few lobbyists, state governments, and politicians began a push for labeling the nutrition of these away-from-home foods, finally resulting in the passing of the Affordable Care Act in 2010. After several delays in deadlines, chain restaurants began labeling the calorie levels of their food products. “However,” the researchers say, “Congress passed this legislation despite some concerns that it may not result in the desired widespread reductions in calories consumers order.” So, just how much do consumers care about the disclosure of calorie information?

The researchers present something akin to a food personality quiz—when you go to a restaurant, do you pick something that meets your nutritional and health needs? Or are you really most concerned with how the food tastes? Are you someone who picks quantity over quality and just wants to eat a large amount of food?

That’s how the researchers realistically approach away-from-home food consumption. “Extant research evaluating the effectiveness of menu calorie labeling on calories ordered has generally assumed all consumers are affected by calorie labeling in a consistent manner.” But the reality is that not everyone wants to pick the health-conscious option all the time—you may want a salad wrap today and a large cheeseburger platter tomorrow. So, with those three options—nutrition, taste, and quantity—what do you value most and how do calorie disclosures affect your choices?

“In general,” the researchers write, “consumers who value health should strive to make more healthful food consumption decisions by ordering meals that they expect to be nutritious while placing somewhat less emphasis on taste and quantity.” The researchers use the term health value orientation (HVO) to refer to concern for foods perceived as more nutritious and lower in calories. “Given that health value-oriented consumers focus on health, health value orientation (HVO) is predicted to be negatively related to the number of meal calories ordered.” In other words, health-conscious consumers will likely order foods lower in calories. “In contrast, because consumers tend to have a ‘tasty=unhealthy’ intuition, we predict taste-oriented consumers will infer that lower calories are associated with decreased tastiness.” When these taste-value consumers see meal options lower in calories, they infer there will be sacrifices to tastiness, leading them often to select higher calorie meal options.

The researchers conducted two different studies (plus two pilot studies) to investigate the usefulness of menu calorie labeling. In the first study, the researchers conducted an experiment, with 271 participants, in which individuals were assessed for their health, taste, and quantity value orientation when it comes to ordering food. The researchers then compared the consumers’ food expectations (e.g., how healthy, tasty, and large the food proportions will be) with the actual meal orders the consumers made when the calorie information either was or was not on the menu. In the second study, researchers went out into the field, collaborating with a restaurant for nearly a week, comparing how different types of consumers are influenced by calorie information when it is either present or absent on a menu.

Of note, the researchers utilize activation theory in their research, which “suggests that consumers have a semantic memory network of food attributes.” Put differently, you could probably walk into a restaurant, look at an item on the menu, see that that item is low in calories, and you may make the general inference that it is a healthy food item, yet it may not taste as good or be as filling as higher calorie meal options. And the reverse is also true; for that that high calorie meal, consumers infer it may be less healthy but will be extremely tasty and the quantity will be large. “When relatively little is known about a specific menu item, consumers may use any available information to make inferences about the product that extend beyond the specific objective information provided.”

The results confirm what you may have already surmised—health-conscious consumers typically order meals with fewer calories, while the taste and quantity oriented consumers view higher calorie meals more favorably. Restaurant calorie disclosures, at times encourage those strongly valuing taste or quantity to order higher calorie meals. “Consumers choose meals that align with their enduring predispositions.” Labeling menus with those calorie numbers “was effective in decreasing the number of calories ordered by health value-oriented consumers. However, in contrast, calorie labeling did not influence meal calories ordered by consumers with lower health value orientations.” Because people consume foods for different reasons, their perceptions and predispositions will reflect that—you can’t teach an old dog new tricks, and you probably can’t easily convince a taste-oriented consumer that a low-calorie tofu burger will taste as good as the burger with 1100 calories.

No two people are exactly alike, so why should our food values and eating habits be any different? Just think about how difficult it can be to please your whole family when trying to decide on what to eat for dinner. Food values and consumption vary from person to person, with the researchers proposing that people often are either health-, taste-, or quantity-oriented, and calorie labeling of chain restaurant meal items affects them differently. So, overall, just how effective is menu calorie labeling? “These specific results,” the researchers write, “suggest that when the countervailing influences of food value orientations are considered in combination, they can counterbalance the effects of one another, leading to an overall nonsignificant or weak effect of calorie labeling on calories ordered in restaurant settings.” Sure, including calorie information on menus will help health-oriented consumers choose meal options consistent with their values, but the odds are that health-oriented consumers aren’t the demographic that will best address the national obesity problem.  Because food value orientations combine with calorie disclosures to have both positive and negative effects on the caloric levels of restaurant meal choices, if policymakers want to implement tactical plans to address the obesity issue across all consumers, this research suggests they may need to find new, more targeted approaches. 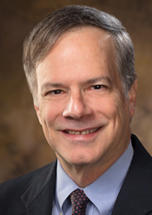 Scot Burton, Distinguished Professor and Tyson Chair in Food and Consumer Products Retailing, joined the University of Arkansas in 1993. Professor Burton’s research interests include consumer health and well-being issues, price perceptions, consumer response to advertising and sales promotion, and measurement issues associated with survey research.  He has published more than 100 refereed journal articles appearing in publications such as the Journal of Marketing, Journal of Marketing Research, Journal of Consumer Research, the Journal of Public Policy & Marketing, and Journal of Retailing. In 2020, he received the American Marketing Association Lifetime Achievement Award in Marketing & Society, an award given to individuals who exemplify outstanding scholarship in the fields of Marketing and Society, Public Policy, and/or Marketing Ethics for contributions over their career. During his time in the Walton College, he has received the Outstanding All-Around Faculty Award on four occasions.