The Overlooked Secrets to J. B. Hunt’s Sustained Success 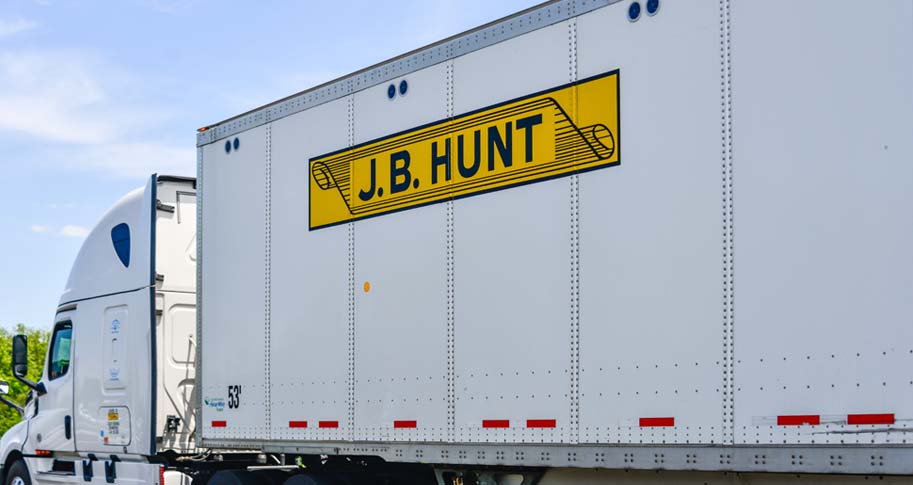 Note: This is part of an ongoing series of articles that mine the Be Epic Podcast for lessons and insights that students and practitioners can apply to their lives as business leaders.

Joseph Sinay had plenty of experience evaluating companies when he went to work on an MBA at Columbia Business School. His background, however, mostly involved the banking industry, so his assignment to study J.B. Hunt Transport took him into some uncharted waters.

Regardless of the metaphor, Sinay and his research partner, Tab Williams, turned their lack of familiarity with the trucking and logistics industry into an opportunity to stretch their understanding of business. And their fresh perspective confirmed some key reasons for the company’s sustained success – reasons often overlooked, even by those of us familiar with the J.B. Hunt story.

“Neither of us had experience looking at trucking, looking at freight, looking at transport,” Sinay recently told Matt Waller, dean of the Sam M. Walton College of Business. “And so it was just a big adventure for us. And it was a great learning experience because if you were gonna study this industry, I don't think there would be a better case example than J.B. Hunt. You just learn a lot. Not just in transportation, but just running a business and looking at a great company with great management.”

Waller and former J.B. Hunt CEO Kirk Thompson are co-authors of Purple on the Inside, a book that details how JBHT transformed from an upstart trucking company into a multi-billion-dollar, technology-driven logistics business. Sinay read the book and reached out to Waller as a source for his research. Waller, in turn, invited Sinay to share his insights about J.B. Hunt on his BeEpic Podcast.

Sinay’s research confirmed that J.B. Hunt’s unconventional practices led to economies of scale and scope that are seldom seen in the logistics industry. But you have to look closely, he found, to really see and appreciate J.B. Hunt’s unique approach to business – that it is purple on the inside, as Waller and Thompson describe it in their book.

Act I in the J.B. Hunt story, Sinay said, began when the Motor Carrier Act of 1980 brought deregulation to the trucking industry and JBHT began innovating faster than its competition.

“What (deregulation) meant was any trucker could come in and try to compete with the established companies,” he said. “And J.B. Hunt just really did that in a way that was completely different from how everybody else was doing it. They were using a standardized fleet, they were employing the drivers, they were using a really smart way of pricing it. They were thinking of the whole system, the whole network, the routes to and from origin and destination. Whereas the other trucking companies at the time would normally just look at it on a route profitability basis.”

J.B. Hunt quickly became a major player in the industry, but, of course, other companies could copy their best practices. To stay out front, J.B. Hunt entered what Sinay calls Act II of its story, which was the phase when it launched its intermodal partnership with the railroads. Such a partnership was unheard of at the time, and JBHT’s investment in specialized containers and in securing contracts with railways gave it a competitive advantage that remains 30 years later.

“They’ve got more capacity, they’ve got density, they’ve got network optimization,” Sinay said of J.B. Hunt. “And so how are [competitors] gonna be able to enter this business and build it unless you were willing to lose a lot of money over a quite a period of time?

JBHT has also built competitive advantages with its DCS business, which is where it manages trucking fleets for corporate customers, with its willingness to take on specialized freight that competitors don’t want because it lacks volume, and with its significant investments in technology.

What really stood out to Sinay, he said, was JBHT’s ability and willingness to pivot in advance of changes in the market – to shrink its traditional freight business, for instance, and focus on things like brokering freight, operating fleets for other companies, final-mile services, and software platforms to make it less dependent on assets.

J.B. Hunt’s leaders have always taken a long-term view that valued people and customers. At times, it cost the company some short-term profits, but it created a culture that has delivered consistent value. This approach to managing the company, Sinay said, was underappreciated by investors until the financial crisis of 2008.

“And so that’s really the turning point, I believe, for Wall Street. When they realized that things were working out, that they had stronger trust in the management team, that they saw these large investments as a way to grow the revenues. It’s more of an aggressive offensive investment rather than a defensive one.”

Sinay credited the consistency in JBHT’s leadership team – just four CEOs in 60 years and top leaders who have been there for decades – with creating and maintaining a culture of operational excellence without losing its thirst for innovation.

“That hasn’t stopped them at all from investing in these new things,” he said. “They’ve maintained their leadership. They’ve made the right investments in technology. They’re pursuing new businesses. You would usually think that if the company doesn’t change its people they sort of fall blind to a lot of the trends, to a lot of the change. They fail to adapt. But that’s not what’s happening with J.B. Hunt.”

That observation falls within a long list of unexpected “truths” Sinay found when studying J.B. Hunt, and that’s what he enjoyed most about the project.

Then he added, “That’s what I think that business is all about. It’s figuring out the truth, and it’s putting resources behind that conviction. Because it’s easy to go out there and make comments about companies, tell people you should invest in this, invest in that. It’s really an opportunity to bet on the truth that you believe in and have the market tell you whether you’re right or wrong down the line.”