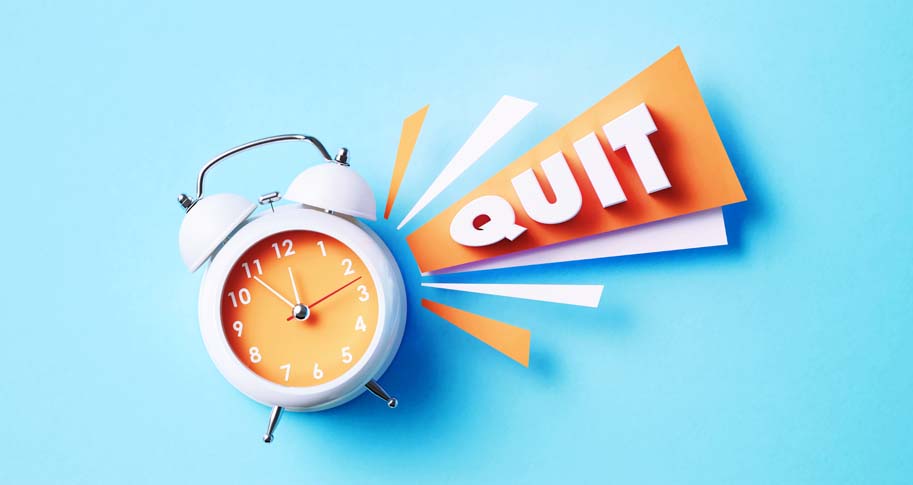 Note: This is part of an ongoing series of articles that mine the Be Epic Podcast for lessons and insights that students and practitioners can apply to their lives as business leaders.

There seems to be two extremes on what we might be called the “quitting continuum,” and you seldom hear much discussion about a middle ground – unless you talk to acclaimed economist John List. So, to that we can say it’s a good thing John List was a guest on the Be Epic podcast with Walton College Dean Matt Waller.

List didn’t specifically reference the quitting continuum, but here’s how I see it after listening to the podcast:

On the one end, in the space occupied by what some consider the old guard, is the “never, ever, ever, ever quit” approach to life. It’s the Winston Churchill mantra of “Never give in.” It’s the Vince Lombardi warning that, “Once you learn to quit, it becomes a habit.” It’s Babe Ruth pointing out that, “It’s hard to beat a person who never gives up.” It’s a thousand other quotes preaching the value of perseverance.

On the other end, in the space occupied by what some consider the modern generations, is the “follow your heart” approach to life. It’s not that they considered quitting good or noble, but, as Buffy the Vampire Slayer once told her friend Willow, “I mean, you know, you have to follow your heart … that’s what’s important, Will.” This approach says that it’s OK, even noble, to quit when you dread going to work, when you stop learning, when you stop feeling useful or appreciated, when, well, when you aren’t happy.

Both ideas have merit, but neither option, when taken to the extremes, works out very well. If you stick to a job (or a major) that you hate purely out of a stubborn commitment to “never quit,” you invite misery. Or if you stick to a career path that doesn’t suit you – like my dream of playing in the NFL – then you’ll fall short of your potential in life.

Likewise, if you follow your feelings and continually change course at the slightest sign of adversity, you don’t accomplish much and you learn even less. Plus, the trigger that tells you it’s time to change is your unhappiness. If you wait until you are unhappy to pivot, you will inevitably spend a good bit of time miserable while coming to that conclusion and acting on it.

Why not quit before you dread going to work? Why not pivot in your academic or work career before wasting time climbing the wrong ladder toward an unattainable goal?

Everyone must make a personal decision about how much time and effort to spend chasing a dream, and it’s great to see Rudy get a moment of glory even if it’s only three plays in a game for Notre Dame. But List contends that we can pursue what he calls “optimal quitting,” which is the type of analytical approach you would expect from an economist who is known for testing theory with field research.

List is the Kenneth C. Griffin Distinguished Service Professor of Economics at the University of Chicago and the author of The Why Axis and The Voltage Effect. He is perhaps best known for taking economic theory out of the ivory towers of academia and field testing it in the marketplace with companies like Uber, United Airlines, and Lyft. Most recently, he accepted the position of chief economist of Walmart, where he and his team can field test theories using a treasure trove of retail data.

It's in the second part of The Voltage Effect that List outlines four behavior economic secrets to execution when scaling great ideas, and one of those is “optimal quitting.” It’s interesting that a book on the science of scaling – a book that promises to teach you “How to Make Good Ideas Great and Great Ideas Scale” – takes time to explore quitting.

Optimal quitting is all about knowing when to give up, and it applies to all parts of business, not just individuals who face challenges with a difficult task or who are unhappy in their careers. Many leaders (as individuals and as teams), for instance, stubbornly stick to a strategy or plan even though it isn’t working. Or they keep an employee around who should be fired because they don’t want to “quit” on that person (or admit they made a hiring error).

The idea that you should never quit, List said, is deeply ingrained in society, and, he said, “That’s society’s fault.” But most people, he said, fail to recognize the opportunity cost of time when they wait too long before making a needed change.

“I did a recent survey of people who have recently quit their jobs,” List said, “and I said to them, ‘Why did you quit your job?’”

“Every one of these reasons was because (their) current lot in life got soiled,” List said. “So they started to look around when the issues around them got so bad that they became unbearable. Now, what I’m here to tell you is you should be just as likely to move by saying, ‘I looked around, I looked at my opportunity set. My opportunities just got better.’”

In college, List said, he gave up on his dream of playing golf for a living when he realized his skills at the game had plateaued. He continued to play for his college team, but he looked around at other interests and gravitated toward a career in economics, which worked out pretty well for him. More recently, he gave up his role as chief economist for Lyft to take a similar role with Walmart.

When List and his team at the University of Chicago ran experiments on optimal quitting, the participants who made changes for more analytical reasons – whether it was changing jobs or quitting a relationship – typically were happier six to 12 months later than those who stuck with the status quo.

The lesson: Life offers all kinds of alternatives and it’s worth the time and effort to consider the comparative advantages of your options. If the opportunity sets are greater by making a change, it might be the optimal time to quit what you’re doing – even if you enjoy it – and do something new.