The Problem with Good Samaritans: Helping Pressure in the Workplace 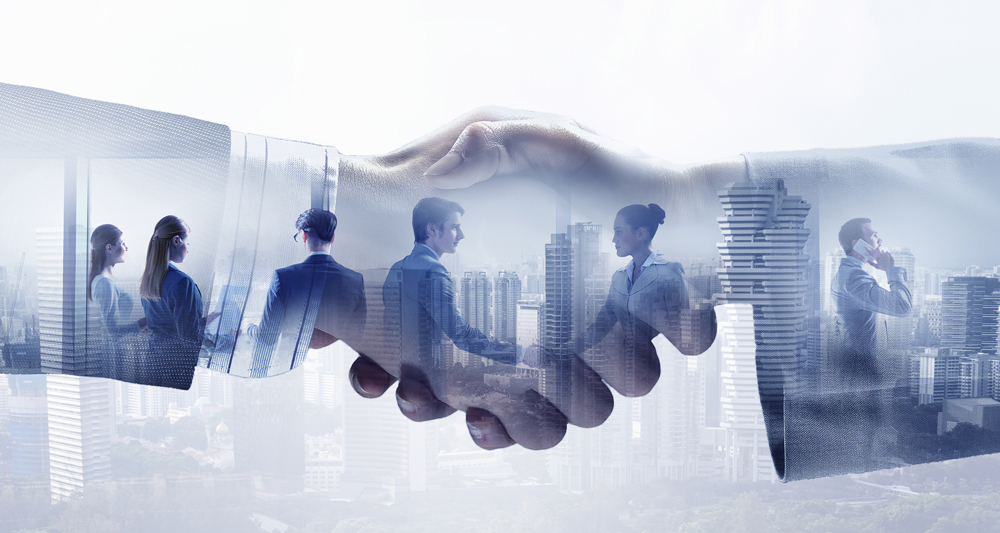 What are the markings an exemplary employee? Do they scrape by, performing the minimum amount of work, or are they consistently going above and beyond? Most workers would probably agree with the latter statement, promoting synergy and positivity in the workplace. But consistent advocacy for good citizenship could have adverse reactions, leading to deviant employee behavior.

Wait, you might be asking, how can promoting helpfulness lead to deviance? That question is the subject of Joel Koopman, Christopher C. Rosen, Allison S. Gabriel, Harshad Puranik, Russell E. Johnson, and D. Lance Ferris’ 2019 article in Personnel Psychology, “Why and for whom does the pressure to help hurt others? Affective and cognitive mechanisms linking helping pressure to workplace deviance.”

Helping pressure is an employee’s perception of either being encouraged or obligated to go that extra mile, either to help the organization or to ensure job security. This pressure can come from anyone in the workplace; co-workers can encourage approachability and communication, or managers can reward helping behavior between employees. With a limited amount of energy each day, workers are given a trade-off: either they help their co-worker, or they focus on their own responsibilities. The researchers argue that the final choice in the trade-off is beside the point, focusing on the pressure to choose itself.

To Help or Not to Help

It’s crunch time. Your boss has demanded you turn in an analytical report by the end of the day, and your fingers are flying across the keyboard. All of a sudden, your co-worker sidles alongside you and immediately delves into a story about Karen from marketing and how she committed some heinous, unforgivable act. Do you listen? Or do you focus on the greater task at hand? This is just one example of helping pressure – being open and receptive in the workplace by listening to co-workers’ problems.

Regardless of the outcome of whether or not to help, you have a lot of quick thinking to do. When faced in a position of helping pressure, there are only two responses: one, you adjust your energy and resources to take on a new challenge, or two, you choose to ignore the pressure and continue with the original tasks at hand. The weight of that decision might seem small, but it can have a big impact on an employee. The researchers outline two possible outcomes from helping pressure: negative affect and cognitive depletion.

The authors say humans have evolved to be sensitive to stressors, and negative affect is a signal for those stressors. Helping pressure is one of those stress-inducing circumstances that could result in negative affect. An employee has only a limited amount of time and energy in a given day to use, and by allocating that energy to one choice, he/she is doomed to underperform in the other choice. For example, if you chose to listen to your co-worker and discuss their problems, you run the risk of not completing your analytical report to your boss, and vice versa. “Either sacrifice progress toward work goals,” they write, “or fail to help when needed.” Neither of those options are ideal, so which do you choose?

After working on a difficult task, your friends might say that they’re taking some “me-time” for “self-care.” Self-regulation is the process through which individuals modify or control their behavior. Often, switching over to “me-time” involves the cognitive process of mentally switching attention, which is not an easy task. After taking a five-minute break from writing your analytical report to surf through Facebook, how easy is it to get right back into work? Switching attention from work roles to non-work roles drains some of the limited cognitive resources that workers have for regulating behavior. For this reason, maintaining a sense of control or balance isn’t easy when you have a job to do and people to care about.

While negative affect and cognitive depletion are both internal processes, they have real, external workplace repercussions. Incivility is defined as subtle, aggressive behavior, and it can sneak into a workplace undermined by helping pressure, through petty acts like bad-mouthing or disrespect, to the serious, if rare, acts of theft or vandalism of company property. This deviance can lead to a hostile work environment, with aggression directed not only toward co-workers but to the company as a whole as well. You might be asking, why would anyone choose to be deviant in the workplace? The researchers show that this aggression is cathartic to individuals undergoing helping pressure. Think of a time you’ve ever stood your ground or yelled at a boss, co-worker, or really anyone. Didn’t it feel good to let all of that emotion out? The authors say that an individual under negative affect or cognitive depletion will want some sort of release of those problems. But that regulation, if uncontrolled, could have serious implications for an unhealthy work environment.

What Next?: When to Help Out at Work

But of course, to not ask employees to ever help each other out of fear of deviance is out of the question. So, when is it okay to do so? The writers say it all comes down to intrinsic motivation, the internal state of mind in which individuals find joy, challenge, or interest in something, often without the need for reinforcement. If you love to talk with your co-workers and get to know their personal lives, you are intrinsically motivated to care for others, and hearing about Karen from marketing’s mistakes would not place any extra pressure on you. They wouldn’t place any pressure on you because you see yourself as a “good citizen” in your workplace. Likewise, if you love to work with numbers, and writing an analytical report is your calling, you are probably intrinsically motivated to work hard, so pushing yourself that extra mile is not going to add more pressure. “When employees are intrinsically motivated by citizenship,” the researchers say, “helping is a personally meaningful activity that should make the situation, and needs, of coworkers easier to comprehend.”

Helping Wisely: Creating a Healthy Environment for your Staff

Obviously, discouraging help and collaboration flies in the face of common practice, so how can managers use this data to create a healthy work environment? The authors of the article say that while citizenship can benefit everyone at the office, over-emphasis of helping behaviors can have serious consequences. “Employees see helping pressure as an additional demand that elicits negative affect,” which, in turn, creates a hostile work environment. Similarly, they discourage employees from making themselves wholly approachable at all times, but rather to make more deliberate, nuanced ways of communicating between co-workers.

Creating intrinsic motivation between co-workers is a job easier said than done. How can you make your employees motivated to work hard and care for each other? The writers say that the manager can actually have a large role to play in the development of intrinsic motivation. Allowing employees to voice their opinions, play roles in decision-making, and communicate freely and informally gives the perception of autonomy for employees. They see themselves as the “initiators of their own actions” and that helps them develop intrinsic motivation.

There is no doubt that citizenship is a model behavior to emulate in the workplace. However, before you go asking your co-workers to perform simple tasks and favors for you, it is very important to consider the consequences of helping pressure. Even a simple task like listening might give your co-worker a lot of anxiety if they have a heavy workload. So, while there is nothing wrong with collaboration in the workplace, it is important to do so at the right time and for the right reasons.