The Almighty Dollar: How Presidential Political Parties Affect the Value of U.S. Currency 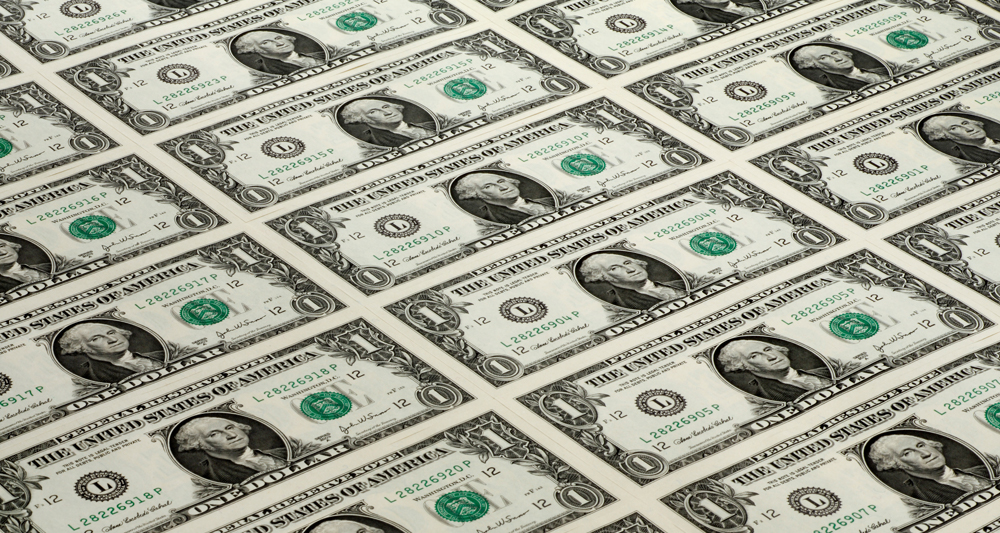 “Since Robert Rubin’s time as Treasury secretary under Bill Clinton,” writes James Mackintosh for The Wall Street Journal, “every administration had insisted that a strong dollar is in U.S. interests.” A strong U.S. dollar is, to some extent, a bipartisan topic. Republicans and Democrats alike enact certain economic policies that, although different, pursue the goal of strengthening the U.S. dollar, particularly against other international currencies, such as the British pound, the euro, Japanese yen, and the Canadian dollar. Does the political affiliation in power affect the strength of the dollar? Bluntly put, is the dollar stronger under Democratic or Republican presidents?

That’s the question asked in “U.S. presidential cycles and the foreign exchange market,” an article by researchers Samar Ashour, David A. Rakowski, and Salil K. Sarkar, featured in the Review of Financial Economics. “Understanding the potential link between currency markets and presidential political affiliation is important because the president’s political affiliation provides investors with information about the administration’s future economic policies.” Through a comprehensive analysis of nearly six decades of financial data, from 1957 to 2016, the researchers analyze the strength of the U.S. dollar between Republican versus Democratic presidents and the trends and patterns the dollar reflects across whole terms.

The Value of a Dollar

Since 1957, there have been 12 U.S. presidents—seven Republican (Eisenhower, Nixon, Ford, Reagan, H. W. Bush, W. Bush and Trump) and five Democrat (Kennedy, Johnson, Carter, Clinton and Obama), but the data concludes in 2016, before President Trump assumed the position. When it comes to fiscal policy, both parties believe in strengthening the national economy, but the means of achieving so are drastically different:

The researchers sum up their findings in a single sentence: “An analysis of the time-trend of U.S. dollar values over the course of a presidential term indicates that the U.S. dollar tends to start at a high value for Republican presidents and then depreciates, while the opposite pattern is true for Democrats.” Through a series of tests, the researchers find differences between Republican and Democratic presidents, comparing different fiscal indicators across these administrations.

Compared to the major currencies index, “the average level of the U.S. dollar is higher for Republican presidents by about 6% ... and by about 9% ... for the broad index …. This suggests that Republicans begin terms with high levels of the U.S. dollar followed by depreciation, while Democratic presidents experience the opposite pattern.” According to the data, the U.S. dollar reached peak values under President Reagan in the 1980s, compared to the two indices used – only for it to fall about halfway through Reagan’s term. The dollar would stay at that level until around halfway through the Clinton Administration, when it would crescendo to a strength it had not seen since the 1980s. And the pattern continued: The dollar began at a peak under George W. Bush and depreciated, while President Obama began with a low value of the dollar which appreciated over his term.

“In fact,” the researchers say, “the U.S. dollar displays a substantial appreciation of about 2.00% on average … per year relative to the Canadian dollar under Democrats, while there is an average … depreciation of about 0.46% per year during Republican presidencies.” But, while the returns prove more volatile under Republican presidencies, the average value of the dollar under them still remains higher: “There is a significant association between the political party of the U.S. president and the value of the U.S. dollar, with this value being significantly higher under Republican U.S. presidents for 3 out of 7 currencies.”

An interesting fact, the researchers note, is the trend of the stock market across presidencies. In fact, “stock values follow a systematic pattern over the 48-month cycle of a U.S. presidency.” So, does the dollar face a similar time-trend across a presidency? According to their model, the researchers say, “there exist[s] distinct time-trends for the U…S dollar depending on the party of the U.S. president.” Specifically, across presidential terms, “there is a depreciation for Republicans of 2.12% (broad index) to 3.14% (major currencies) per year. For Democrats, there is an appreciation of 0.97% (broad index) to 1.72% (major currencies).”

“The association of the U.S. foreign exchange rate and U.S. presidential cycles … [have] an economically and statistically significant relationship, with returns to the U.S. dollar being higher under Democrats.” The results from this analysis could not be any timelier, as Americans prepare for a new election in November. While there certainly is more to consider in presidents than their economic policy, the data analysis shows that there is a significant relationship between U.S. presidents’ political party and the value of the U.S. dollar.

As the data reflects, there’s not necessarily a clear answer. Although Republican presidencies tend to correlate with a more-valuable U.S. dollar, the dollar does depreciate across their presidencies. “Republican presidents are associated with a depreciation of the U.S. dollar, which is consistent with their perceived focus on policies that could be characterized as pro-business, but not necessarily with what would traditionally be considered conservative. Democratic presidents are associated with policies that are consistent with stimulative short-term economic growth, increased consumption, and which, therefore, imply an immediate appreciation of the U.S. dollar.”

One of the key factors to watch is how the markets react to the COVID-19 crisis. Whether or not the economy is able to recover once social distancing guidelines are pulled back will play a significant role in the election this November. As you pay attention to the economic and political context surrounding the 2020 presidential election, it’s important to know the history and data provided by Ashour, Rakowski and Sarkar regarding the strength of the U.S. dollar regarding Republican and Democratic presidents. 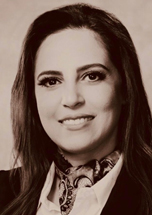 Samar Ashour, a clinical assistant professor at the Sam M. Walton College of Business at the University of Arkansas, holds her Ph.D. in finance from University of Texas at Arlington in 2017. Her research interests include Behavioral Finance, Investment and Empirical Corporate Finance. Her teaching interests include Financial Analysis, Investments, Financial Modeling, Corporate Finance, Real Estate, and International Finance.