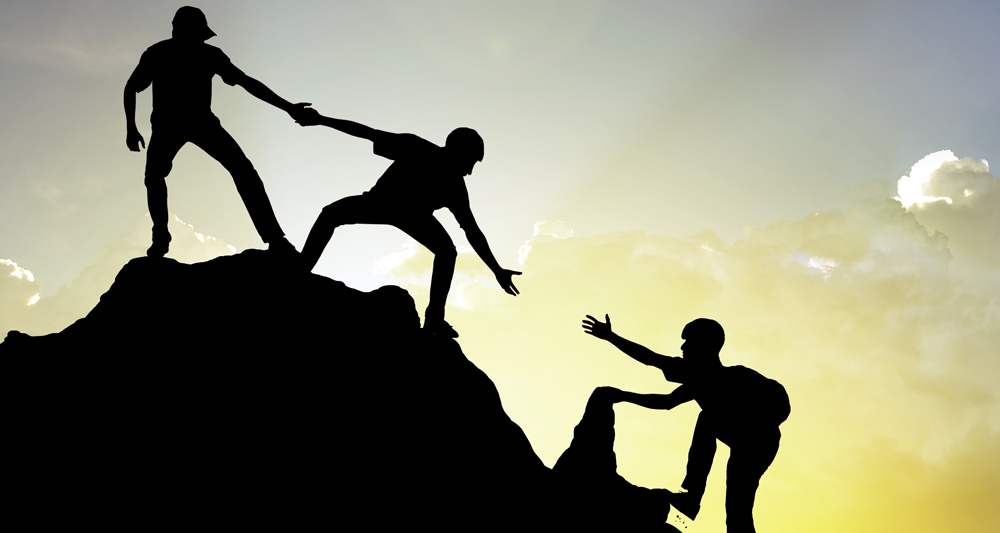 In the ideal business world, teams are assembled in a strategic fashion. There’s an intentional process that ensures the right people with the right skills, insights, and personalities join forces so that the team is efficient and effective.

And then there’s the real business world, where teams often are put together using something akin to the Victor Frankenstein approach – with spare parts from random places that come to life only if things go just right. The results seldom are as dysfunctional as Frankenstein’s monster, but they still can present a number of challenges.

If you have the luxury of building or joining the perfect team – let’s say it’s the Blue Angels or the New England Patriots – then by all means, build it or join it. More often, however, you’ll likely find yourself on teams, or leading teams, that are some mixture of what’s really needed and who is available. There will be strong links, weak links, passionate links, bored links, skilled links, broken links and every other type of link, including a few mystery links.

Well, you can drift away on an ice raft like the monster in Mary Shelley’s novel, or you can make the most of the situation, perhaps by using some of these lessons I came across while listening to Matt Waller’s recent Be EPIC podcast interview with Leslie Keating.


Keating retired in 2018 after a 30-plus-year supply chain career that included roles as the executive vice president of both Advance Auto Parts and Frito-Lay North America. And one of the lessons she learned early in her journey was that all leaders cast a shadow.

Whether you are the leader or a leader on a team, you cast a shadow. Every interaction with someone shapes how they see you, work with you and are influenced by you. That shadow is created in part by how you respond to situations, and, in particular, by how you respond when things don’t go as planned.

No matter your official role on any team, one role you play is to cast a shadow of positive influence on the people around you. Do your part to add value and help the team succeed by leading with professionalism.


There are times when personalities clash, when misunderstandings occur or when certain team members lack the skills or the desire to contribute what’s really needed from them. It can be tempting to write those people off and work around them to get things done. Keating recommends making the extra effort to understand how these teammates think and feel and to learn why they are struggling to contribute. This might not result in a life-long friendship, but it can help you reach common ground to make the most of the experience.

“What’s most important is that you have the right relationship to be able to get the objective done,” she said, “whatever the mission is of the team.”

When Keating was with Frito-Lay, she often was part of cross-functional teams of top-level executives who were making plans for things like new products, innovations or initiatives. These were all highly qualified leaders, but they also had their own challenges, perspectives and personalities. So even on a strong team, it took intentional communication to stay aligned with one another.

When she was in a meeting that didn’t go well, for instance, Keating often sought to have private conversations later to clarify her intent and to better understand theirs.

“It’s the work outside of the meeting, if you will,” she said, “but, quite honestly, it’s the most important work.”

Plug Into the Energy Givers (and Be One).


When Keating retired, she wrote down the names of all the co-workers who had inspired her through the years, and she now keeps that list on her iPad so she can stay connected to them. These were the people she worked with daily, but she also developed relationships with them that extended beyond work – they were friends. Why? She enjoyed being around them because they added value to her life and her work.

“You get a lot of energy out of that,” she said. “I mean, you’re spending ... the majority of your waking hours with these people, and it’s really important that you enjoy it, in my opinion. The hardest part of retiring wasn’t moving away from the work, it was, quite frankly, moving away from the people.”

For the fictional Victor Frankenstein, the alchemy didn’t turn out so well. In the real world of business, however, where imperfect teams are composed of imperfect people, the results can far exceed the sum of the parts. The best teams, including the Blue Angels and the New England Patriots, aren’t perfect; but they are committed to finding the best ways to working together so that everyone succeeds together.