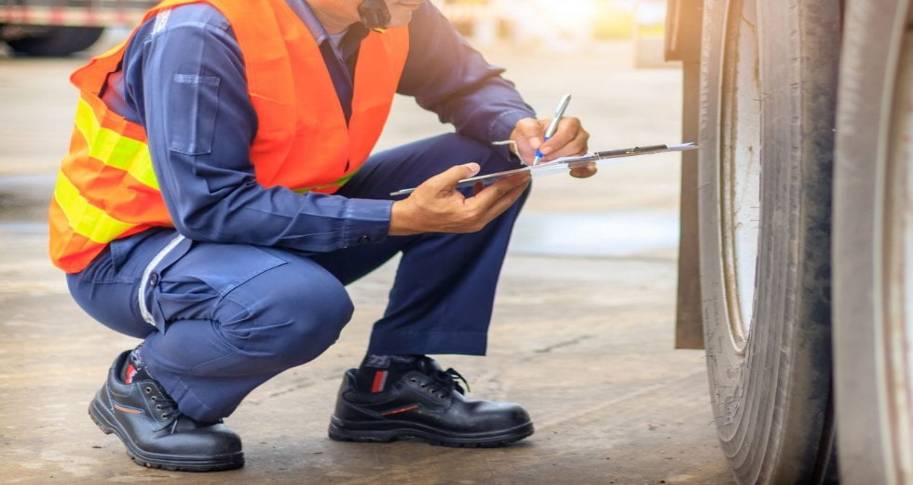 Numerous studies have shown that larger trucking carriers are more compliant with safety regulations than their smaller counterparts. However, there is no consensus on why that is the case. Some have argued that larger firms are more compliant because they have more resources to invest in safety compliance: deploying safety technologies, hiring safety personnel, and implementing various safety initiatives. Others have suggested that larger firms are incentivized to be more compliant because their size brings greater public/stakeholder scrutiny and makes them a bigger target for inspectors. Since each explanation would warrant a different regulatory approach, determining why larger carriers are more compliant with safety regulations has important policy ramifications. In “Why Are Larger Motor Carriers More Compliant with Safety Regulations?” Michigan State University Associate Professor of Logistics Jason Miller examines the question and finds evidence that both explanations are valid. His study was just published in the Winter 2020 issue of Transportation Journal.

Miller analyzes safety data from 980 large (100+ power unit) motor carriers for 2010 through 2016 using seemingly unrelated regression (SUR) models. This approach allows him to isolate, to the extent possible with archival data, whether only one or both of the proposed mechanisms behind larger carrier safety compliance are at play. He finds evidence that both the resource-based and incentive-based mechanisms operate simultaneously. He finds that the resource-based argument is supported by evidence that carrier size has a more pronounced relationship with hours-of-service compliance than with driving safety (see figures 1 and 2 below). That finding supports the resource-based argument since carriers have more direct control over hours-of-service compliance than they have over driving safety and, hence, can leverage their greater resources to improve compliance. He finds even stronger support for the incentive-based argument. In particular, he reports that carrier size is more directly related to both driving safety and hours-of-service compliance than to vehicle maintenance (see figures 1,2, and 3 below). This supports the incentive-based argument since the first two measures are subject to more severe regulatory thresholds and stakeholder scrutiny than is the third. The incentive-based theory is also supported by evidence that carrier size “strengthens pressures stemming from poor compliance relative to peers” in that the relationship between carrier size and safety compliance becomes more pronounced as carriers’ safety, conditional on all predictors in the models, becomes worse.

Miller’s work has implications for carriers, shippers, and policymakers. He advises carrier managers to prioritize safety compliance and fight the urge to allow near-term profit goals to override safety goals. He urges shippers to reward good behavior by seeking carriers with a strong record of safety compliance. Miller suggests that policymakers should subject smaller carriers to greater scrutiny while taking steps to increase their “perceived incentives for operating in compliance with safety rules.” Since smaller carriers are likely to oppose the imposition of more stringent safety rules, Miller advises policymakers to anticipate pushback and undertake educational initiatives to “clarify to small carriers what changes are necessary and articulate how these changes can, in fact, facilitate more efficient and effective operations.” He also urges regulators to provide carriers with more complete information on how their safety record compares to both their larger and smaller competitors. Read the full article in Vol. 59 of Transportation Journal.