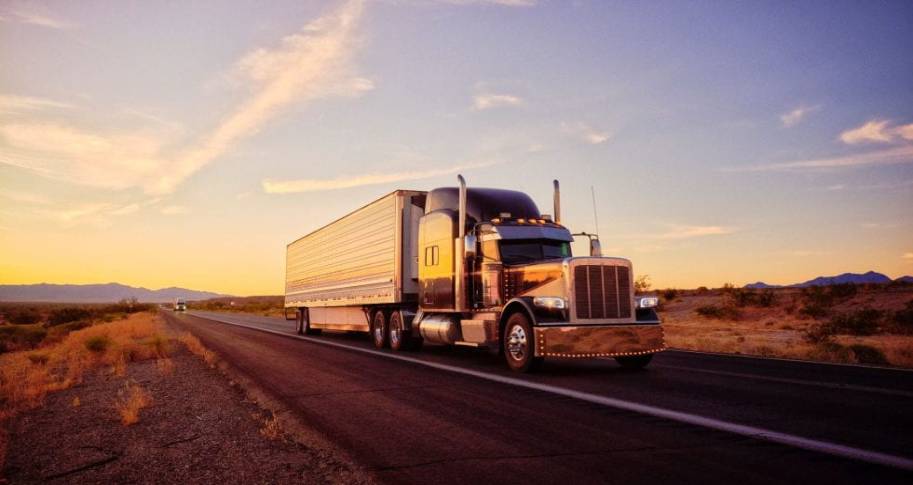 On December 18, 2017 the U.S. Department of Transportation began requiring carriers to equip nearly all semi-trucks with electronic logging devices (ELDs) that monitor drivers’ working hours. The devices are difficult to manipulate, so they are thought to be superior to paper logbooks for monitoring driver compliance with hours-of-service limitations. The mandate was intended to reduce fatigue-related accidents. In 2015 the Department of Transportation estimated that such a mandate would prevent 1,844 crashes, 562 injuries, and 26 deaths annually. A new study finds that the rule has not produced all of its intended results. It has led to much greater compliance with hours-of-service rules. However, it may have also contributed to an overall increase in crashes by encouraging many drivers to engage in aggressive, unsafe practices like speeding in order to cover more miles and earn more pay during their strictly-monitored work hours. Alex Scott (Michigan State University), Andrew Balthrop (University of Arkansas), and Jason W. Miller (Michigan State University) present these findings in “Unintended Responses to IT-Enabled Monitoring: The Case of the Electronic Logging Device Mandate.”

Scott, Balthrop, and Miller analyzed data from four million roadside inspections and all federally-recordable crashes between January 1, 2017 and September 1, 2018. Many of the largest carriers installed ELDs years before the mandate, so the authors use eight of those large carriers as a control group. The authors compare their control group against the smaller carriers who were most likely to delay installing the devices until required to do so – and therefore most likely to be affected by the new rule.

While previous studies have operated from the assumption that ELDs reduce crash rates, this study casts doubt on that notion. The authors find that the mandate definitely led to increased compliance with work hour rules by the smaller carriers most affected by the new rule. For instance, single-truck carriers had 43% fewer hours-of-service violations after the mandate. However, single-truck carriers also had a 26% increase in unsafe driving (speeding, frequent lane changes, following too closely, hard braking, etc.) violations. If the ELD rule caused this “offense displacement” – a decrease in the monitored behavior (hours-of-service violations) and a concurrent increase in behaviors the devices do not monitor (unsafe driving violations) – then it is possible that the mandate has made American roads less safe. Research has shown a fairly limited link between fatigue and fatal truck accidents, and a much stronger link between unsafe driving and fatal crashes. If the ELD rule has caused some drivers to shift from one illegal behavior to other deadlier illegal behaviors, then its unintended consequences may outweigh its benefits. While the mandate was meant to reduce accidents, the authors find that small carrier crashes did not decrease after December 2017 and may have actually increased.

The study has implications for carrier managers, policymakers, and researchers. Scott, Balthrop, and Miller suggest that carrier managers should watch for drivers who are accruing unsafe driving violations, especially at smaller carriers. Such violations can damage a carrier’s safety scores, leading to both less business from safety-conscious shippers and higher insurance premiums. The authors urge policymakers and regulators to consider reassessing the ELD mandate in light of evidence that it has not reduced crash rates and may have actually made American roadways less safe. Moreover, while smaller carriers violated hours-of-service limits less frequently after the mandate, they still violated them more frequently than the large carriers in the study’s control group. So, policymakers may need to consider changes in enforcement in order to get hours-of-service violation rates to a universally low level. The article also has implications for researchers. Many studies have shown the benefits of information technologies for monitoring and reducing absenteeism, shirking, and fraud in various workplace contexts. Studies have shown that such monitoring can improve the monitored dimension and produce positive spillover effects. This study is one of the few to examine a negative unintended consequence of information technology monitoring. It opens the door for researchers to investigate similar negative unintended consequences of IT monitoring in other contexts. It also paves the way for researchers to examine various ELD-related questions. For instance, trucks with engines predating 2000 are exempt from the mandate. It would be interesting to see if some firms are using old trucks to get around the mandate, thereby lowering the reliability and fuel efficiency of their equipment.

Read the full article in the Journal of Operations Management.