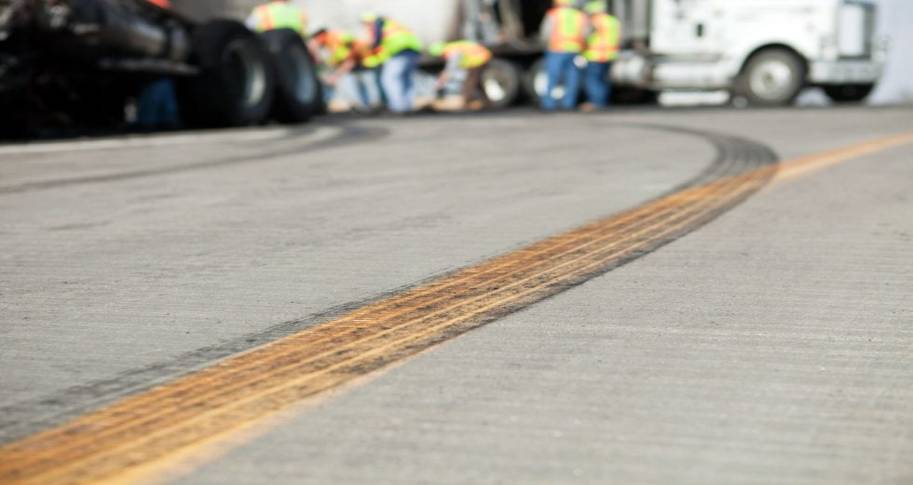 The Federal Motor Carrier Safety Administration’s (FMCSA) recently-implemented Crash Preventability Program allows trucking carriers to dispute their fault after they are involved in certain types of crashes, such as those where a truck is rear-ended. Once a carrier disputes its responsibility for a crash, the FMCSA begins a review process that may result in the firm being absolved of responsibility for a non-preventable crash and that crash being removed from their safety record. Given the importance of safety scores in determining carriers’ insurance rates and drivers’ career prospects, the Crash Preventability Program has been warmly welcomed by many in the trucking industry. However, a recent study finds that the program produces skewed crash data that has the potential to mislead transportation safety researchers, regulators, and shippers alike. Alex Scott (University of Tennessee) and Andrew Balthrop (University of Arkansas) present their findings in “The Consequences of Self-Reporting Biases: Evidence from the Crash Preventability Program.”

Research has shown that self-reported information can paint a false image of an industry, even when firms provide accurate information with no intention to mislead. Scott and Balthrop predict that the Crash Preventability Program’s self-reporting will produce inaccurate data on safety differences between large and small carriers. They hypothesize that large, for-hire carriers are more likely than small carriers to dispute accident fault after both preventable and non-preventable crashes. The authors attribute this to large firms’ better technology, regulatory knowledge, and reporting sophistication. A significant difference in dispute frequency would lead to large firms being absolved of responsibility for many crashes similar to those that remain on small carriers’ safety records.

Scott and Balthrop test their predictions by analyzing data on crashes that occurred between June 2017 and August 2018. The data analysis supports their hypotheses. The largest firms dispute accidents 40 times more frequently than independent truck drivers. The authors find that over time this discrepancy will produce skewed crash data that suggests large carriers are safer than they actually are. The data will also portray small carriers as more dangerous than they truly are, since they would almost certainly have higher collective safety scores if they disputed accidents as frequently as their large counterparts. The misleading data has the potential to harm small firms’ business prospects, since shippers often consider safety scores when choosing a carrier. Moreover, if the biased data informs future transportation safety research, predictions, and policy interventions, the unintended outcomes could be dire.

The study has implications for policymakers. Regulators have recently considered permanently expunging successfully disputed crashes from the FMCSA’s historical record. However, Scott and Balthrop warn that doing so would make it impossible to eventually correct for the biases identified in this study. Rather than expunging successfully disputed crashes from the record, the authors recommend that the FMCSA should simply note that an accident was self-reported. Additionally, the authors suggest that the FMCSA should verify the accuracy and completeness of its data by implementing processes to check if a carrier was responsible for an accident that was not disputed. Checking even a subset of those undisputed accidents could either confirm that the Crash Preventability Program is working as intended or expose data deficiencies that could be subsequently corrected. In the absence of the aforementioned reforms, the authors recommend terminating the Crash Preventability Program, since using self-reported data without verifying its veracity has the potential to permanently alter true historical data that is crucial for understanding and improving transportation safety.

Read the article in the Journal of Operations Management.