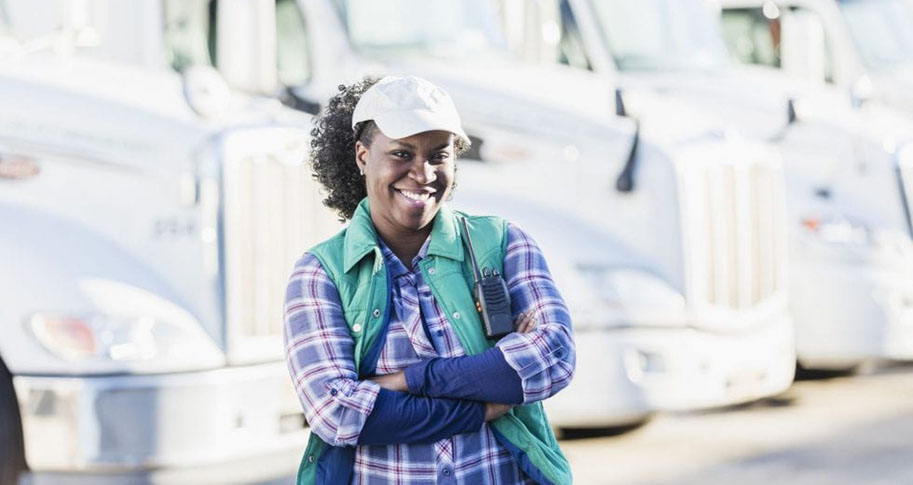 Researchers have largely overlooked the topic of women in trucking, even though recruiting and retaining more female drivers could help the industry address its long-standing driver shortage.

Numerous studies attest to the inroads women have recently made in white-collar jobs that require a college education, but much less is known about female representation in blue-collar jobs that require little formal education like truck driving. It is clear that relatively few women hold these jobs, but exactly how few and how those numbers are trending is difficult to say, partly because industrywide demographic data on female blue-collar workers is scarce.

A new study addresses this problem by using a novel dataset to gauge how many women work as truck drivers, how those numbers have changed in recent years, and whether trucking’s gender imbalance is more of a supply-side (i.e. few women want to work as drivers) or demand-side (i.e. structural obstacles restrict women’s access to these jobs) issue. Alex Scott (University of Tennessee) and Beth Davis-Sramek (Auburn University) present their findings in “Driving in a Man’s World: Intra-occupational Gender Segregation in the Trucking Industry.”

There is no publicly available database on truck driver gender, so Scott and Davis-Sramek analyze records of over 20 million roadside driver inspections conducted between 2010 and 2019.

Since the Federal Motor Carrier Safety Administration records drivers’ names during inspections – but not to their gender – the authors use Social Security Administration data on newborns’ first names and gender to limit their focus to drivers who are highly likely to be either male or female. Analysis of those records shows that 3.2% of truck drivers are women. Though that percentage is well below the often-repeated 10% figure cited in various works, the authors find that the numbers are trending upward and female representation in trucking has grown by 23.1% over the last decade.

Scott and Davis-Sramek also find that women are vastly overrepresented in the turnover-prone entry-level jobs that are easiest to get and vastly underrepresented in the more desirable, higher-paying jobs that allow drivers to return home on a regular basis. The dearth of women in the jobs with the best work-life balance suggests that trucking’s gender imbalance largely stems from demand-side issues.

Because women have historically been a small proportion of drivers, they are at a structural disadvantage when competing for the more desirable jobs since they have less experience and shorter track records for carriers to assess. However, the numbers are trending upward here as well, as the skills and experience women gain by “paying their dues” in entry-level positions allow them to compete for better jobs over time.

While many companies with white-collar employees have made themselves more appealing to women by making structural adjustments that offer more flexibility (e.g. less travel, flex schedules, work from home), the nature of blue-collar work means that some demand-side barriers simply cannot be removed. The authors further note that there are likely “gender essentialist” reasons why men are a much larger proportion of truck drivers than women, and this is unlikely to change soon.

Rigid demand-side obstacles aside, the authors close their article by suggesting actions that carriers, industry organizations, and policymakers can take to make truck driving more equitable for women.

Scott and Davis-Sramek encourage carriers that offer driver training to utilize more female trainers to make newly recruited female drivers more comfortable on the road. They also recommend that those carriers should avoid driving tests that could be discriminatory. The authors urge industry organizations to continue pressuring driving schools and large for-hire truckload carriers to proactively recruit women; these schools and employers act as entry points into the industry that allow women to gain experience and skills that will help them compete for trucking’s more attractive jobs. Lastly, the authors suggest that policymakers should spur government agencies to do more to collect and distribute data on driver gender, retention, and turnover. Such information would allow the industry to better gauge its recruiting efforts’ effectiveness.

Read the full article on ResearchGate. (The article is currently under peer review. This summary will be updated with a new link when the article is accepted and published by a journal.)