Cracking Under Pressure: The Side Effects of Nonmonetary Prize 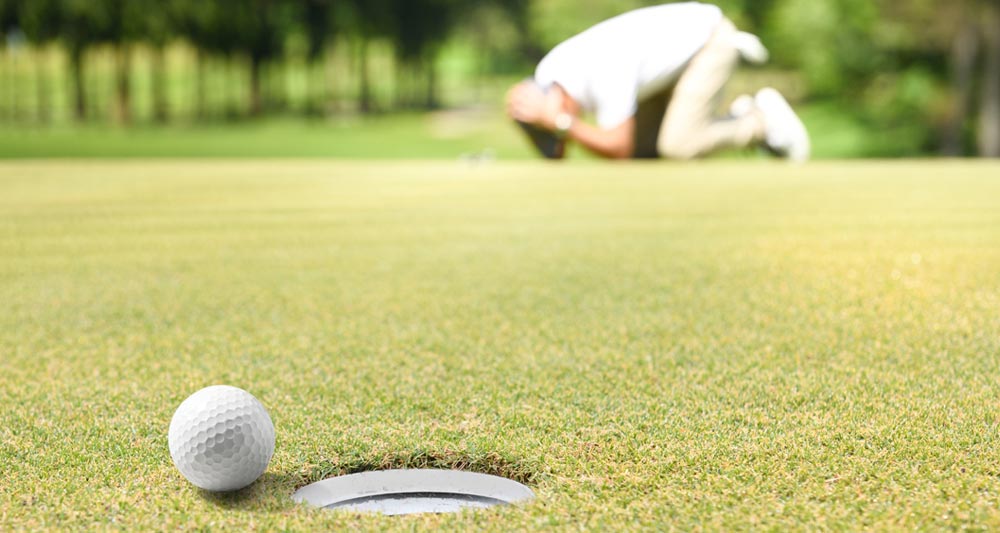 Sunday, June 18, 2006, is a day that will live in infamy for golf fans across the United States, as viewers of the U.S. Open watched Phil Mickelson, one of the best golf players in the country, crack under pressure in epic proportions.

After three days of golf, it seemed as if Mickelson might coast to victory, and after 17 holes, he was tied for the lead — he needed just par to win the U.S. Open. But, in one of the most cringe-inducing moments in golf, Mickelson let the pressure get to him.

His first stroke landed by a hospitality tent, as onlookers ducked to avoid a golf ball to the head; his second collided with a tree. In the end, on the eighteenth hole of the final round, with victory in sight, Mickelson double-bogeyed, leaving him in second place.

Immediately after the double-bogey, Mickelson said, “I still am in shock that I did that. I just can’t believe I did that. I am such an idiot.”

Cracking under pressure is no abstract concept to most people. We’ve probably all failed during high-stakes situations.

As Mickelson put it after the historic loss, “The biggest reason this is so disappointing is that this is a tournament that I dreamt of winning as a kid, that I spent hours practicing … and had it right there in my hand, man. It was right there, and I let it go.” But the U.S. Open, like many competitions where people imagine cracking under pressure, has a grandiose cash prize at the end — the 2006 U.S. Open which Mickelson lost had a total purse of $6.25 million.

Would players crack under pressure if the prize was nonmonetary?

Researchers Raja Kali, David Pastoriza and Jean-François Plante pose that question in their article “The Burden of Glory: Competing for Nonmonetary Incentives in Rank-Order Tournaments.” What happens when “individuals compete for a high-powered nonmonetary reward associated with status and social esteem”?

Most people would probably assume that without a real cash prize, players are in it purely for the enjoyment of the game and feel little pressure to succeed. The researchers keep the focus on golf, but turn their gaze to a different tournament—the Ryder Cup. The Ryder Cup is the oldest competition in golf between nations and the only prize you get is representing your country. By examining performance data of U.S. players competing to qualify for the Ryder Cup between 1996 and 2012, the researchers find interesting results for cracking under pressure, which could have serious implications for more than just the sports world.

It’s Not About the Money

The Ryder Cup is a biennial tournament between the Professional Golfers’ Association (PGA) of America and Ryder Cup Europe. The first Ryder Cup took place in 1927; the 2020 tournament is in September in Wisconsin. What makes the tournament unique is that it’s technically a financial burden to compete.

“Players are not paid to participate in the Ryder Cup and there is no monetary award for winning the Ryder Cup. Moreover, players who qualify for the U.S. Ryder Cup team must make a donation to a charitable foundation.” Rather, golfers competing in the Ryder Cup both pay and play for the honor of representing their country — and the glory of knowing they’re the best of the best.

Prior studies have focused on laboratory experiments and studies, most of which pointed to the conclusion that nonmonetary rewards, such as honor and glory, can yield better performance. Studies throughout the 2000s attempted to explain why “a desire for social esteem can lead to greater effort, especially when an actor deems the esteem accorded by an audience’s approval to be worthwhile.”

Many of these studies focused on the idea of social esteem, “the idea that individuals care about what others think and is based on self-regarding motives such as pride and shame.” But more recent studies have focused on the opposite; rather, they find that competitions without monetary rewards can lead to poor performance, or cracking under pressure.

For example, some researchers have found that “awards that promote social recognition can result in both dishonest behavior to attain the award and crowding out the motivation of already internally motivated agents.”

Most explanations for cracking under pressure point to two different factors: distraction and explicit monitoring. “Distraction occurs when a distracting context shifts attentional focus to task-irrelevant cues, such as worries about the situation and its consequences … explicit monitoring suggests that pressure raises self-consciousness, which causes individuals, involuntarily, to think about the task.”

As such, examining the results surrounding a high-stakes nonmonetary competition like the Ryder Cup is not only integral, it’s never been done before.

Each PGA Tour tournament provides a number of Ryder Cup points to earn — the players with the most points join the U.S. Ryder Cup team. Kali, Pastoriza and Plante analyze “the qualifying periods of eight Ryder Cups between 1996 and 2012,” across 703 tournaments and 3,306 players. To measure the performance of these players, the researchers evaluate the number of strokes at the end of the tournament (the more strokes, the worse performance).

And the findings reveal that cracking under pressure is a significant factor in player performance. “The higher the Ryder Cup points at stake, the higher the number of total strokes (i.e., the worse players perform).” One of the most significant aspects contributing to cracking under pressure comes from competition between players: “when competitive crowding intensifies (i.e., there is a higher number of competitors capable of surpassing a given player in the Ryder ranking), player’s total strokes per tournament increase.”

When it came to a nonmonetary reward like qualifying for the Ryder Cup, players tended to crack under pressure and perform worse.

The findings of this research have wider implications than just the world of sports. As the researchers say, most people believe that incentives matter, that “nonmonetary awards can provide effective incentives, and in some cases may be better at aligning objectives of agents and principals than financial incentives.”

But the findings of this research, and others like it, fly in the face of that theory. Other studies have found that going “above and beyond” in the workplace can have detrimental results, as well. Many offices across the country offer nonmonetary rewards for employees, but, as this research shows, that could lead to worse employee performance in the long run.

“Both the desire to attain glory … and to try to retain glory … is a burden for players performance, and that underperformance intensifies when time to qualify runs out and competitive crowding increases.”

Maybe Phil Mickelson’s performance in the U.S. Open is an anomaly, but everybody suffers from cracking under pressure. The findings held true across the board, even when controlling for variables like wealth, competitiveness of other players, weather, and difficulty of golf courses. That feeling of being under pressure is universal; the question is how to minimize it.

And while there is nothing inherently wrong with nonmonetary prizes, you might want to think twice before you offer one in the name of harmless, friendly competition and good performance. 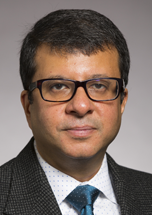 Raja Kali is chair of the Department of Economics in the Sam M. Walton College of Business, and the ConocoPhillips Chair Professor in International Economics & Business. His areas of research include networks in trade and finance, industrial organization, development economics, and economics and finance of emerging markets.