I Thank My Lucky Stars for Data-Driven Economists 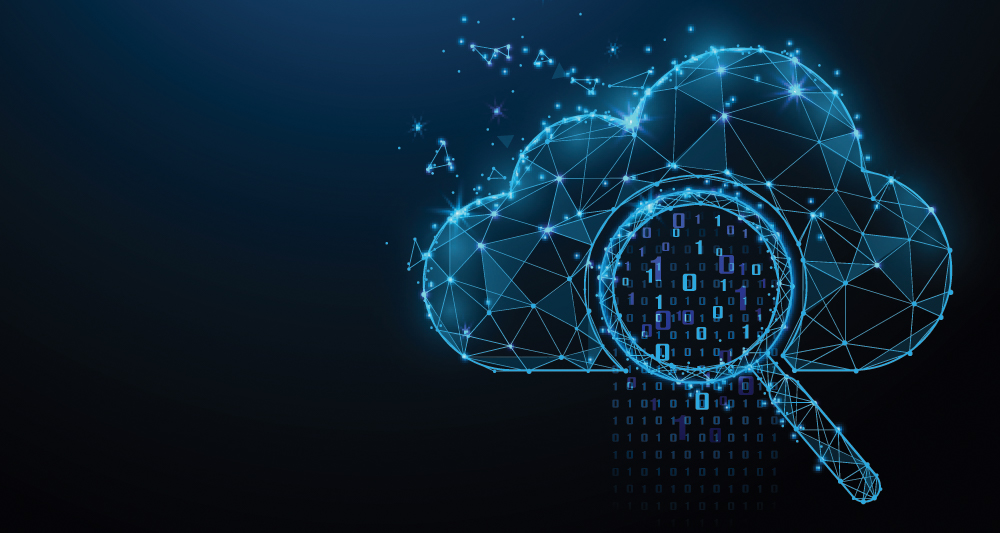 I’d like to take a moment to thank my lucky stars for economists. More specifically, the growing number of economists who specialize in big-data analytics.

That sounds a bit strange, so let me explain.

This flash of gratitude hit me recently while doing research on bytes. That’s bytes with a y, like the kind a computer or smartphone stores, not bites with an i, like the type that involve my breakfast, lunch, dinner and, of course, snacks. Lots of snacks. Mainly peanut M&Ms.

I’m much more at ease with bites than bytes, and that’s partly why I’m thankful for economists – they understand bytes so I don’t have to. The world is a better place because of it.

A byte originated as the term that described the programming code needed for a single character of text, so it pretty much represents the smallest unit of memory for digital data storage. If you want to describe the amount of digital data in the known universe, which was what I was researching, you classify it in terms of bytes.

Lots and lots of bytes.

In fact, some experts predict we’ll have at least 175 zettabytes of data in the world by 2025. That’s up from 18 zettabytes in 2018. I learned this, of course, from that great warehouse of bytes, the internet, which also helped me understand how much data that really is.

So how much is 175 zettabytes? Author and futurist Bernard Marr took a shot at explaining that in an article on LinkedIn. It takes 1,000 gigabytes to equal a terabyte and just more than 1,000 terabytes to equal a petabyte. “If you took all of the information from all U.S. academic research libraries and lumped it all together,” Marr wrote, “it would add up to 2 petabytes.” Then it takes 1,000 or so petabytes to make an exabyte and, finally, roughly 1,000 exabytes to equal one zettabyte.

To give that some context, Marr quotes from “Data Age 2025,” a paper by a marketing company, which claims that downloading 175 zettabytes on the average current connection speed would take 1.8 billion years.

In short, all of those bytes represent several tons of data, far more, in fact, than my mind can comprehend. I bought my laptop computer in 2015 and it came with 8 gigabytes of random-access memory, also known as RAM. I can’t even get my mind around that. I just know it was plenty of RAM in 2015 and now my lame, dinosaur of a laptop moves at the speed of roadkill.

The point is, all of this digital information is overwhelming to the average Joe – and I’m below average. Matt Waller, dean of the Sam M. Walton College of Business at the University of Arkansas and a well-above-average Joe, points out that while the amount of data in the world is growing like crazy, “What isn’t increasing is the ability to take that data and make better decisions or to have better insights.” We need people who can make sense of all this data or at least that portion of it that can truly benefit the world. And that’s why economists who focus on analytics are in high demand in our modern, data-driven marketplace.

Susan Athey of Stanford and Michael Luca of Harvard say there are two key reasons why graduate level economists are well-suited to a data-centric economy.

“First, the field of economics has spent decades developing a toolkit aimed at investigating empirical relationships, focusing on techniques to help understand which correlations speak to a causal relationship and which do not,” they wrote. “Second, economists have spent decades thinking about the design of markets and incentives, and this work — which also predated the internet age — has found new applications in the digital economy.”

Translation: they can sift through all of those bytes, ask good questions and figure out things like consumer demand or optimal pricing, which can help companies with something we all understand – selling more stuff and making more money.

Amazon has hired more than 150 Ph.D. economists over the past three years. Dean Pennington of Techspot.com pointed out in March 2019 that they were the rare corporate recruiter at the American Economics Association’s conference earlier that year. “Amazon was the only company there recruiting, handing out pens and stress balls,” Pennington wrote.

I went to the amazon.jobs site recently and there were 48 posted openings for economists. The next day there were 47, so I guess someone landed a job. Still, if you have a Ph.D. in economics, chances are good that Amazon (and the Federal Reserve) would like to review your resume.

But it’s not just Amazon, or even high-tech companies, who are looking to economists to help turn data into dollars. The U.S. Department of Labor’s Bureau of Labor Statistics tells us that there were 21,000 jobs for economists in 2018 and that the profession is expected to grow by 8 percent between 2018 and 2028. Furthermore, the median annual wage for economist as of May 2018 was $104,340.

Raja Kali, chair of the Department of Economics at the Walton College, points out that graduate-level economists are in demand in virtually every sector of the economy – banking and finance, retail, health care, and every other industry that is overwhelmed with big data. Consider health care, where patients check in and all of their relevant information is digitized at every step in their journey. Then add those patient records to all the other information that’s stored by physicians, lab techs, administrators, and staff – research, regulations, financials, insurance, medicines, etc. – and suddenly you see that any given health-care facility accounts for an enormous share of the world’s bytes.

“Hospitals collect massive amounts of data,” Kali said. “The key to them remaining competitive and financially solvent is effective utilization of these large amounts of data using the latest data analytics skills.”

To meet the growing demand for these types of economists, Kali’s department created a new 10-month-long program – the Master of Science in Economic Analytics.

“Data is no longer a constraint to answering questions,” he said. “But what is the constraint is the ability to analyze, visualize, see patterns in the data and interpret data, and to also be able to tell stories that can drive decision-making in the corporate world, as well as in public policy and business. … It’s not enough just to be able to wrangle the data or see patterns in the data, but it’s also really important to be able to interpret what you see and use that knowledge for prediction and analysis. And what economists are particularly good at is understanding the how and why of how things work in the world.”

Insights are the coin of the realm in the digital economy, so companies need economists who can ask the right questions in the right ways and discern insights from the answers. For businesses, that leads to smarter decisions that result in greater efficiencies, innovation, and a healthier bottom line. For consumers, it means lower prices and the ability to find the products we want and need more quickly. Or, if you go back to the health care example, it means everyone in the industry is better positioned to make sick people well.

The Walton College is recruiting students with good technical skills who are comfortable with mathematical and statistical approaches to problem-solving. Some have a background in economics, but some come from other academic disciplines such as math, physics or engineering, and others come from the corporate world to upgrade their skills and learn the latest big-data econometric techniques. These students learn plenty of theory, but they also work on real-world problems with real-world tools like Python and R.

“These are tools that academics, economists, as well as computer scientists, people in math and physics are using,” Kali said. “But industry is also finding that these are the tools that they need because of the explosion of data. It's kind of like a data torrent for them. And I think the constraint, from the industry point of view, is to find people who can help, who can sort of analyze these things.”

Because the program integrates courses from information systems, graduates also earn a graduate certificate in data analytics from the information systems department. And the Walton College is approved by the National Associate of Business Economists to offer an end-of-course certification exam.

Universities have been training economists for decades. But how they understand and apply economic modeling and theory has changed dramatically with the ever-increasing onslaught of data. Equipping them with the skills of big-data analytics means all those bytes might be useful. Economists can weed out the viral muck that clogs up so much of the internet and focus in on the information that yields insights and opportunity. Those of us who aren’t gifted in these areas should be thankful for those are. While they’re crunching all that data, we’re freed up for more snacks.