Why You Should Listen to Your Inner Voice, And to Others, in the Age of #metoo 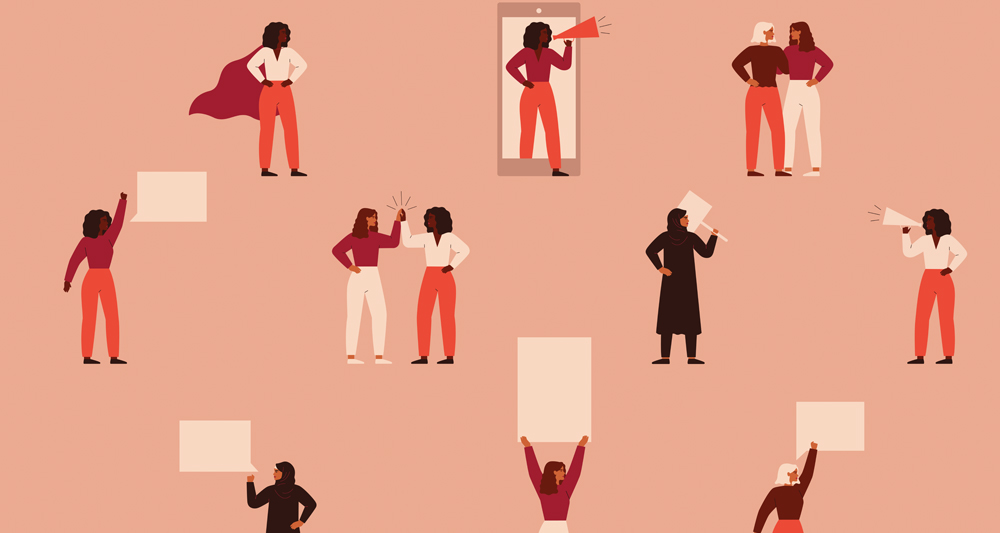 One of the best-known hashtags of our time is #metoo. But what does that hashtag have to do with business ethics?

The #metoo movement is a practical way of thinking about one of the six principles for the practice of business ethics – respect everyone’s autonomy. And what does that really mean? Here’s the simplest way to think about it: avoid discriminating against and harassing others. In other words, there are no second-class citizens in a business relationship.

The #metoo movement began in 2006 when Tarama Burke, a survivor of sexual assault, coined the phrase “Me Too.” The movement didn’t really take off, though, until 2017. That’s when accusations came to light regarding Harvey Weinstein’s sexual harassment of women in Hollywood. It continued with accusations against other well-known men in the entertainment industry, such as Matt Lauer from the Today show, celebrity chef Mario Batali, CBS Chief Les Moonves, Fox News CEO Roger Ailes and many, many more. View the #metoo timeline.

The movement has hit corporate America, as well, with one in particular standing out because of the iconic brand – McDonald’s – and the broader, systemic culture of the company that came to light.

So, What’s the Story at McDonald's?

The reason for such a policy is to avoid conflicts of interest that mix your personal interests with your business interests. Such conflicts could cloud your objective business judgment and cause you to make decisions that aren’t in the best interests of the company. For example, it’s possible that the person Easterbrook had a relationship with was a poor performer and should have been demoted or let go, but because of his personal relationship he didn’t see the poor performance and wouldn’t allow the regular performance management practices to apply.

The good news is that the “speak up” channels at McDonald’s worked! As is typically the case in situations like this, other people know or suspect what is going on. In this case, someone spoke up, even though it involved the CEO. The company investigated the allegations, and, based on the findings, the board voted to fire him.

What also came to light was a larger, systemic issue at the company – a party culture. Easterbrook and other senior leaders participated in the partying, which at times turned to flirting enough with women that it made them uncomfortable. Working in an environment like this can be very hard, especially if the top executives are participating. You could feel like you have to participate in it, as well, if you want to move up. And that’s wrong.

These situations are messy and grey. They are rarely black and white. Sometimes women don’t speak up because they aren’t sure if the situation constitutes harassment. You do not need to figure that out for yourself. You just need to trust your gut. If someone makes you feel uncomfortable at work with an unwelcome or inappropriate sexual remark or physical advance, speak up. Find someone you trust – your supervisor (unless they are the problem!), or someone in your HR, legal, or ethics and compliance department. They can guide you on the situation.

Managing Culture at All Levels of Leadership

Often when there is an integrity issue at the top of a company, it is an indication of a larger cultural problem. That happens because employees take their cues from their leaders. When the tone at the top is poor, it can become pervasive throughout the company, affecting the mood in the middle and the front-line employees, as well.

It appears that’s what happened at McDonald’s. The company is now facing at least two class action lawsuits over alleged pervasive and systemic sexual harassment. In one of the suits, the plaintiffs are asking for $500 million in damages. That’s a big number.

Systemic issues like this don’t just “pop up” overnight. They grow over time, and, when ignored or accepted, they become widespread. Knowing that, there are some lessons for all managers.

Cultures, both good and bad, are maintained by leaders throughout the company. If you lead others, one of the most important things you can do to be successful is to know the culture of the group you are leading. That means taking the time to know your team members authentically and their implicit “ways of working.” Listen to them and draw them out. Giving your employees a voice empowers them, and you. And it shows that you care.

You may know your overall company culture but hidden within that are subcultures in various groups and departments. It’s your job to understand that, get to know it, and, if necessary, change it for your group. Your actions matter, and you’ll quickly be sized up by your team as someone who is either “in tune,” willing to listen and address issues, or “out of tune,” and willing to let things slide.