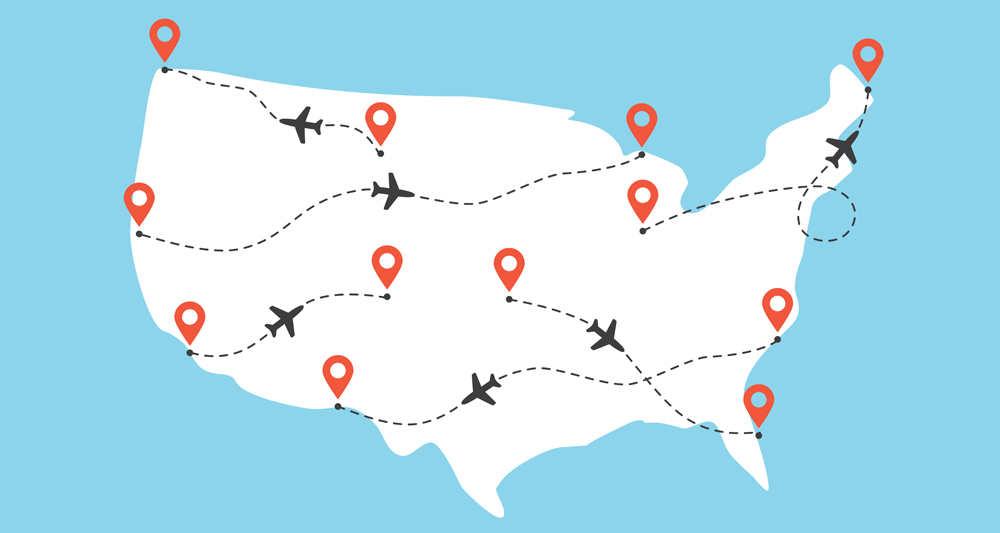 When I think about the airline industry and what I expect, one word comes to mind – safety.

The basic obligation the industry has to travelers is to get us from Point A to Point B safely. That’s the industry’s implicit contract with the flying public. A company’s commitment to honor its contract terms – explicit and implicit – is one of the six principles for practicing business ethics effectively.

For the airline industry this means safety should be a priority. Yet lately we’ve seen some startling examples of industry players putting safety on the back burner.

With the pandemic all but shutting down the industry’s revenue streams, getting back to business safely is going to be a daunting challenge. But let’s face it, some of the biggest names in the industry – Boeing, in particular, and even Southwest – were battling safety issues before the pandemic. COVID-19 merely exacerbated their problems.

It also highlighted the importance of avoiding self-inflicted wounds to your reputation for integrity. You just never know what might be lurking around the corner that you will have to contend with next.

Boeing’s global 737 Max fleet has been grounded since March 2019. After two crashes that killed 346 people, Boeing is trying to regain trust. Before the pandemic, Boeing was planning to have the 737 Max back in the air by the middle of 2020. Now, the best-case scenario is late 2020. Even that is optimistic.

The cause of the crashes has been attributed to a system that Boeing altered on the redesigned planes that made the nose of the plane dip in certain conditions. The system alteration created a single point of failure. Pilots were not retrained. Boeing convinced the FAA the training wasn’t necessary because the change was insignificant.

Meanwhile, Southwest, long known for going above and beyond to delight its customers, has had its own safety issues. Southwest flew 17 million passengers on planes over two years without first having maintenance records confirmed by the FAA. And the FAA added to the problem. It approved maintenance on almost all the planes in one day (a process that usually takes three to four weeks) and then gave Southwest two years to fix identified problems and get the planes fully inspected and verified, even though they were already in the air!

After the Boeing crisis, new leadership stepped in at the FAA and, among other things, asked Southwest to speed up its maintenance confirmation process. To Southwest’s credit, once they were asked, they did. An important question remains, though. In a company with a culture of going above and beyond, why did they need to wait to be asked?

While Southwest’s safety issues are smaller than Boeing’s and no lives were lost, it’s worth considering the two together from a business ethics perspective. There are some common underlying themes that led to both companies putting safety on the back burner. There are also some common, important integrity lessons that can be learned from both situations.

Competitive pressure is a fact of life in business. It’s how you handle the pressure that sets you apart from your competition.

Boeing was under pressure to quickly deliver a new plane to keep American Airlines from defecting to Boeing’s rival, Airbus. To win the contract, Boeing scrapped plans to develop a new plane and instead decided to update the 737 Max because that could be done more quickly and cost-effectively. The pressure to update the plane as quickly as possible was intense.

The lesson here is how leaders should go about balancing the competitive pressures. In both instances there was a sense of “do whatever it takes” whether it was explicitly said, implied or simply understood to be that way. One of the most dangerous things a business leader can do is to utter those words – or even imply them. Too often employees will follow those orders or implicit cues and cut corners unethically to achieve what they think (or have been told) their leaders want. Here, it was a matter of putting profits before safety.

In hindsight, I have heard many leaders say they didn’t mean they wanted their teams to cut corners to achieve the goal. Others have said their teams should have known they didn’t really mean that.

The way to avoid such situations is to fill the communication void and explicitly say what you mean. Good leaders address the competitive pressures up front and talk about what they expect rather than leaving it open to interpretation. For example, if you explicitly say, “Yes, achieving the revenue goal is important, but never at the expense of x” – in this case, safety – you leave no doubt about how you expect your team to balance the pressures. That type of statement is a very impactful, especially when the message comes from the CEO.

The FAA’s lax regulatory oversight contributed to the safety issues at both Boeing and Southwest. External regulators, however, are the backstop, not a front-line defense. Lax regulatory oversight should not justify weak internal controls or a lack of checks and balances. Nor should it justify a company short-changing its ethical contract terms with its stakeholders, such as a commitment to safety. Yet in the case of both Boeing and Southwest, something was amiss internally that caused them to do just that.

A company’s core ethical principles are upheld and enhanced by self-imposed, internal rigor. It comes from strong processes, procedures and controls designed to drive transparency, discussion and debate. Good leaders recognize these checks and balances protect the company’s core values, and they promote the development of a strong control environment.

Healthy tension within a company is a sign of strength. Strong leaders foster it by drawing out various viewpoints and considering all sides. Importantly, they also use the company’s ethical principles to ground, guide and create alignment for decisions. They stay focused on living up to their company’s commitment to integrity for their stakeholders, rather than on what they can get by with due to the current regulatory environment.

Companies often will say criticism they’ve received is unfair because they were, after all, in compliance. For instance, Southwest has referred to the fact that they were always in compliance with what the FAA required as a justification for flying planes that were not fully inspected and verified. In Boeing’s case, the FAA delegated a certain level of review back to them, and the company claimed to be in compliance because they had completed at least some level of review on their own planes.

While these statements may be true, the examples show the contrast between regulatory compliance and ethics. Compliance with laws and regulations is, of course, required. Yet more often than not it represents the floor, the minimum expectation. Business ethics, on the other hand, is a higher bar.

That’s why Southwest’s statements about being in compliance with FAA regulations rang hollow. We’ve come to expect more from a company known for going above and beyond for customers. This time, they missed that higher ethical bar. We’ve also come to expect more from Boeing. They, too, missed the higher ethical bar when they failed to make a safe plane and engaged in a level of self-review that, by all accounts, was lacking.

If you are able to recognize the difference between regulatory compliance and ethics and inspire your company to stay focused on the higher bar, you will distinguish your company and set yourself up for long-term success.