What the Dillards Taught Me About Leaving a Legacy 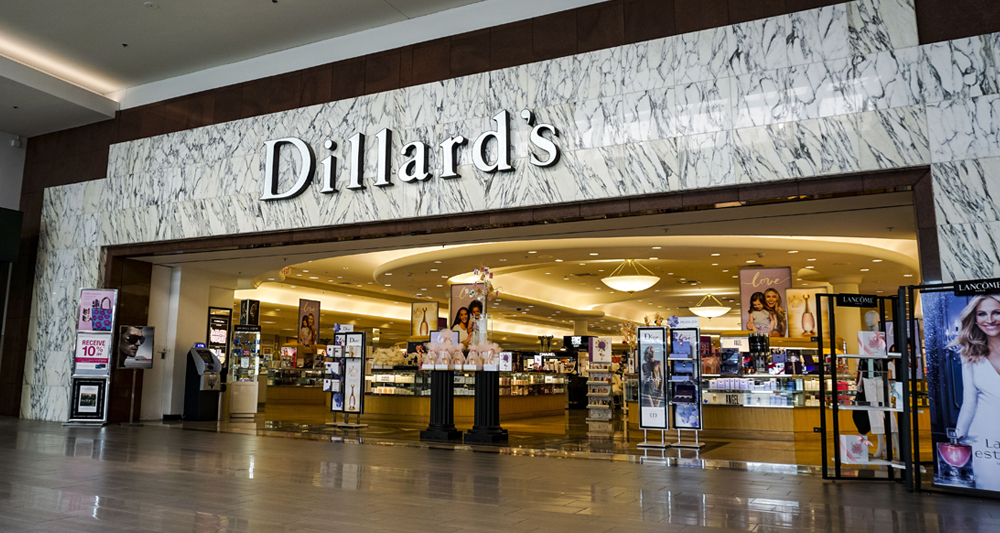 Growing up in small-town Arkansas back in the 1970s meant trips to the city were a big deal. Those outings typically involved a drive with my mom and siblings from Marianna to Memphis or Little Rock, and they inevitably included a stop at a Dillard’s department store. We could get the basics at our local shops, but Dillard’s was the mecca of selection, with multiple floors of merchandise and gigantic areas devoted to things like perfume or women’s sweaters.

I confess that those trips weren’t always a ton of fun for me as a kid. My mother preferred the perfume and women’s clothing departments, which might explain why these days my wife pretty much considers me an anchor on her ankle when she’s trying to shop. (“If you want to wait in the car, honey, that’s fine with me.”) Over the years, however, I’ve come to appreciate all that a store like Dillard’s has to offer, even if I still get a bit fidgety from time to time. Recently I’ve come to appreciate something new – the story of the family that built this business and the value of the business that goes well beyond a good price on a well-made shirt.

You probably noticed that a few weeks ago the Sam M. Walton College of Business formally announced the renaming of its accounting department for William T. Dillard, the founder of the department store. Dillard was a graduate of the accounting department, as was his son, Bill Dillard II. When Bill Dillard II donated $10 million for an endowment to help fund the department, the Walton College thought it made sense to put the Dillard name on it. This honors the donor and his family and raises awareness for the department by connecting it to such a successful business and business leader.

When I looked into this donation more closely, I found myself inspired by the story of the Dillards – the family even more so than the business. Before, I mainly saw Dillard’s as this hugely successful department store – more than 300 stores nationwide and annual sales of more than $6.6 billion. Now I also see it as a family that should be known for …

Modeling entrepreneurship. William Dillard was born several decades before me, but he grew up in a family not that different from mine. I was raised in a small Delta town and my family operated a small business. He was raised in Mineral Springs, Arkansas, which was and still is even smaller than Marianna, and his parents operated a hardware store. After college, he eventually moved Nashville – Arkansas, not Tennessee – and opened a department store in 1938. Unlike the thousands of other mom-and-pop type stores of that kind around the country, he grew it into a successful chain, expanding to other towns and buying up other stores along the way. His family, including Bill Dillard II, were and are a big part of the leadership team that learned from him and took the company even further with a variety of retail and technology innovations.

Modeling humility. For a family that put its name on its business, the Dillard’s are remarkably humble, low-key folks. They aren’t reclusive, but they also aren’t doing much to draw attention to themselves as people. Most of their donations over the years have taken place with little to no fanfare, and Bill Dillard’s gift to the college was never about building a legacy for his name, but as a show of gratitude and support for the department he feels helped him succeed in business.

Modeling service. It takes a ton of time and energy to run a successful business the size of Dillard’s, and that type of commitment dominates the lives of many leaders. When you look at all the things the Dillards are involved in and quietly contribute to, you realize they have always seen the value of carving out time to invest in the lives of others. One example that stands out to me was that William Dillard was a Paul Harris Fellow. That might not seem like a big deal – there are more than 1 million Paul Harris Fellows in the world – but that distinction tells me that, despite his busy work schedule, he was an active member of his Rotary Club, which means he was active in his community and believed in service above self.

William Dillard and Bill Dillard II both are members of the Arkansas Business Hall of Fame, so there’s no doubting the contributions when it comes to business acumen. It’s refreshing to know their contributions don’t end there.