An Offer You Can’t Refuse: Making Alliances with Machiavellian CEOs 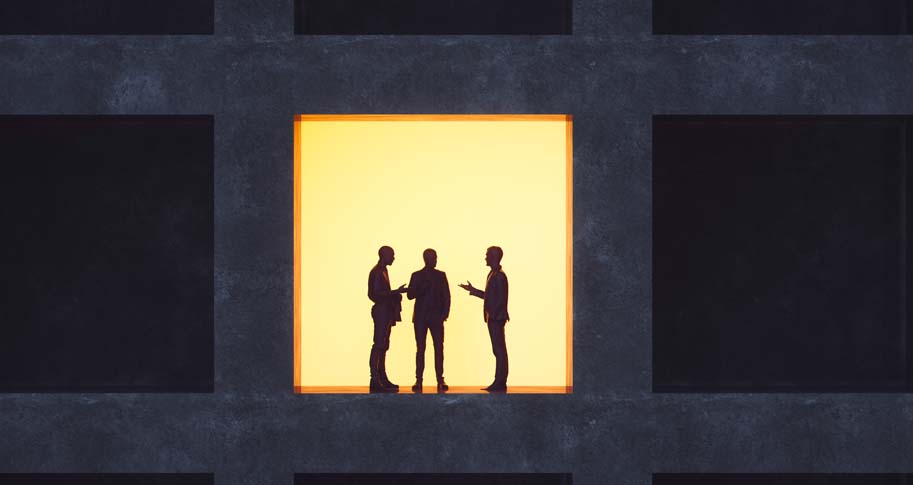 Hollywood has given us no shortage of movies and TV shows featuring ruthless business leaders willing to do anything for the Almighty Dollar, from classics like Citizen Kane and Wall Street to contemporary works including The Wolf of Wall Street and The Social Network. But some of the most intense—and beloved—works involving the dealings of businessmen and women surround a different kind of corporation: a family business. There’s something Shakespearean about the worlds of business and personal blending into one another that heightens the drama. From the 1970s’ soap opera Dallas to today’s HBO satire Succession, audiences have loved seeing the dark dealings of a family business.

The reality of Machiavellianism in a family firm may look a little different. Machiavellianism, named for the attitudes of sixteenth-century writer Niccolo Machiavelli, is defined by “four underlying facets: (1) distrust in others, (2) desire for control, (3) desire for status, and (4) amoral manipulation.” Jeffrey A. Chandler, Oleg V. Petrenko, Aaron D. Hill, and Nathan Hayes evaluate business Machiavellians in their recent article, “CEO Machiavellianism and Strategic Alliances in Family Firms.” “Machiavellianism,” they write, “refers to individuals’ tendency to invoke interpersonal strategies that advocate deep self-interest, deception, manipulation, and the exploitation of others.”

But how successful can these Machiavellian CEOs be? How can you trust them? The researchers posit that these firms are likely to create strategic alliances to successfully establish themselves, which can have greater impact when the firm is family-owned. People find family-owned businesses to be more trustworthy, even when the businesses’ CEOs display Machiavellian tendencies. Aligning with these firms just seems to be an offer investors can’t refuse.

When you think of Hollywood’s famous Machiavellian business leaders, what moments come to mind? Is it Miranda Priestly of The Devil Wears Prada telling her assistant to “Please bore someone else with your questions”? Or is it oil tycoon Daniel Plainview in There Will Be Blood threatening to kill a competitor who suggests buying his company out? Indeed, as the researchers note, the culture at large “often alludes to both the prevalence of Machiavellianism in CEOs, particularly compared with the public at large, and the role this personality trait plays in executive decisions.”

The idea of Machiavellianism goes hand in hand with the upper echelons theory, which argues that these executives cannot separate their personalities from their business and thus let these emotions play a role in decision-making. The theory, the researchers write, “is constructed of two interconnected parts: (1) executives act on the basis of their personalized interpretations of the situations they face and (2) these personalized interpretations of strategic situations are a function of the executives’ experiences, values, and personalities.” So, if an executive has a Machiavellian personality, his or her decisions tend to reflect that personality—ruthless and cutthroat.

“Research in psychology and management has noted that individuals high in Machiavellianism have a desire to manipulate, control, and exploit other individuals as a result of their inherent dark personality.” Sounds great, right? But these businesses can have a level of sustainability, so how do these so-called dark businesses survive?

Remember that two of the traits that define Machiavellianism are control and manipulation, so it probably isn’t surprising these executives “are more likely to engage in strategic alliances than firms led by less Machiavellian CEOs.” In their study, the researchers sampled hundreds of firms on the Standard and Poor (S&P) 500, analyzing their CEOs to evaluate their Machiavellian tendencies, or lack thereof. Indeed, the researchers found that “CEO Machiavellianism positively relates to a firm’s likelihood of engaging in strategic alliances.” Dark as it may sound, these alliances allow Machiavellian CEOs a unique “opportunity for them to fulfill their need to manipulate, control, and exploit other individuals.”

But there’s a catch—believe it or not, lying, manipulating, and exploiting your businesses partners might not be such a great idea. The researchers also find evidence that “the sustainability of a firm’s alliance activities will be lower for organizations led by more Machiavellian CEOs than for firms led by less Machiavellian CEOs after engaging in such partnerships.” Partner firms are likely to grow tired of these manipulative tendencies and break their alliances. A working relationship between the firms may seem to be one thing at the outset, but a Machiavellian CEO can only hide her or his tendencies for so long. At a certain point, the partner firms “will be more likely to perceive more Machiavellian CEOs as unfavorable alliance partners who hold opportunistic intentions for the partnership that might ultimately be detrimental for their organization.”

Michael Corleone tells his business associates in the classic The Godfather trilogy, among other adages, to keep your friends close but your enemies closer. But such a proverb leaves out one key demographic, which the researchers find to be a moderator in the struggle for Machiavellian CEOs in business: family.

Blood is Thicker than Water

On the surface, prior research on the two separate fields of Machiavellianism in business and family research might seem like they have very little in common. But research into the role that family members play in our lives led the researchers to draw a unique conclusion: “since owning family members of a company tend to intercede when concerns with the firm arise and assuage any issues with its leadership, we argue that the effects of CEOs’ Machiavellianism will be moderated by the presence of family ownership.

“Stated differently,” they continue, “we expect that increased family ownership and the associated tendency of such owners to be involved in the family business may help alleviate potential concerns from alliance partners over Machiavellian actions, thus affecting the relationship between CEO Machiavellianism and organizational outcomes.” Family members share a level of comfort with one another that non-related business executives lack. As such, executives in a family firm may be more likely to keep a Machiavellian CEO in check, especially when their emotionally based decisions may seem counterintuitive to the corporation. The researchers, then, predict that aligning with a family business will moderate the role of a Machiavellian leader and lead to a more sustainable alliance between businesses.

Based on their study of S&P 500 companies, the researchers found support for each of their hypotheses, contributing to the notions of alliances among Machiavellian CEOs, their desire for strategic alliances among firms, and the powerful effect of family firms in establishing trustworthiness and sustainability in alliances. “Our study proposes and finds that more Machiavellian CEOs seek out strategic alliances (conceivably since they provide an opportunity to manipulate, control, and exploit others) but their manipulative and controlling behavioral tendencies result in alliances that are less sustainable.”

Much like the checks and balances of the U.S. government, executives who are related to a CEO are more willing to keep their boss’s practices in check. Even if you are not an executive in an S&P 500 corporation, or if your boss is not out for blood in his or her daily interactions, these findings hold significant value in the pursuit of corporate alliances. Family-owned firms appear to be more trustworthy “since the owning family often intervenes and mitigates any concerns regarding the organization and its leadership.” If a successful alliance is your company’s goal, it’s important to ensure yourself of the businesses leadership’s sustainability and trustworthiness before you say “yes” to that offer that looks impossible to refuse.