The Nature of the Humble CEO 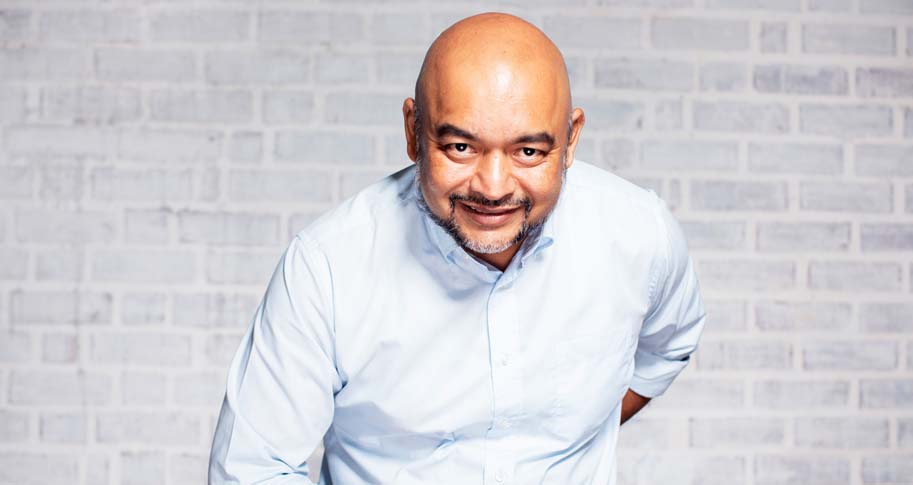 There is an old quote often misattributed to C. S. Lewis that many of us have heard which sounds like one of those brilliant things an author would pen for others to print on inspirational posters. The quote reads: “Humility is not thinking less of yourself, it’s thinking of yourself less.” And while Lewis has written many famous texts and poems, this phrase is nowhere in his oeuvre. According to the C.S. Lewis Foundation, this is one of several quotes that have been misattributed to Lewis largely because of internet misinformation. Originally, this quote was meant to be an analogy employed in this article to introduce the notion of the humble CEO. However, as you will soon see, the misattribution of this quote better exemplifies the sort of misperceptions people have about humble CEOs in general. Why are we so quick to assume this brilliantly phrased affirmation must be from a famous author and not two lesser-known writers? Likewise, why are we so quick to assume that CEOs should exhibit certain character traits?

In the article “The case for humble expectations: CEO humility and market performance,” the authors tackle the question of why the humble CEO is actually poised to achieve better quarterly earnings, despite perceptions of these humble CEOs as weak and, frankly, easy pickings. The researchers, Oleg V. Petrenko, Federico Aime, Tessa Recendes, and Jeffrey A . Chandler argue that, though it is often thought that humble CEOs are weaker and subject to attack, these beliefs also lower analysts’ earnings expectations for the company’s quarter, allowing these CEOs and their teams to surpass those projections. A humble CEO describes a leader who is cooperative, motivational or empowering, and willing to accept ideas and strategies from their teams. Externally, this may be perceived as weakness. External perceptions of the CEO, though, may have nothing to do with how well that CEO’s teams perform internally. In fact, the humble CEO’s company is poised for success despite analysts’ predictions because their employees can perform with less outside scrutiny.

From Macho to Humble

Until the 1980s, theories about “macho” CEOs being more successful were common and very anecdotal. Upper echelons theory employs an empirical methodology to analyze what is largely a psychological measurement of a CEO’s decision-making processes. This theory focuses on the CEO’s experiences and background and their correlation to the CEO’s interpretation of potential strategies to employ. Its developers, Donald C. Hambrick and Phyllis A. Mason, posit that effective business strategies “are viewed as reflections of the values and cognitive bases of powerful actors in the organization.” These experiences in turn influence the CEO’s decision-making processes. A family-oriented person may treat their company as their family. CEOs who have experienced hardships may be more empathetic to their employees. As a result, these leaders tend to foster more loyalty and teamwork from their employees.

While the internal organizational behaviors of a company are the focal point, upper echelons theory does not completely ignore or disregard external factors. Insights has covered similar issues in writing about and explaining why CEOs are sometimes victims of attacks. How people view a leader will affect what happens to that leader. Upper echelons theory, however, focuses more on the role the CEO plays as an internal factor affecting overall teamwork within the company.  CEOs who are humbler may be perceived as weak by people outside of the company. Internally, however, their “humble” approach may foster better results, challenging those external views.

The idea that a high-profile CEO is somehow going to be more successful because of their aggressive strategies is still pervasive today. The media plays a large role in perpetuating such stereotypes. One of the more popular reality shows about business is called “Shark Tank.” While the cast of various CEOs and successful entrepreneurs often give logical, reasonable explanations for their decisions, they are still portrayed to the public as “sharks” or “bulls” or otherwise portrayed as essentially macho, predatory, or arrogant.

The Sneaky Side of Humility

Sharks, though, often make horrible team leaders. No one ever uses the shark as an example of leadership because sharks are naturally quite self-serving. While it may seem like the humble CEO is the opposite of a financial shark, there is also nothing weak about them.

A CEO’s willingness to accept advice and give their employees greater agency in brainstorming ideas and decision-making processes yields better results in principle and practice.  Why, then, would the macho CEO seem more desirable to the public? And why would the humble CEO be seen as weak? In many cases, it all boils down to rivals’ and shareholders’ perceptions of these figureheads. While these perceptions do not necessarily result in extremely lowered expectations for that CEO’s organization, it nevertheless sways them. And this is where the humble CEO strikes, so to speak.

It’s hard not to think of the humble CEO as the sneaky CEO – a wolf in sheep’s clothing. The humble CEO cares less about what the public thinks and more about what their employees think of them. Their humility comes from their willingness to work with employees, rather than above them. Externally, this humility may be seen as a weakness, and expectations for the CEO and the company are lowered. But internally, employees appreciate such approaches. Expectations of quarterly earnings may have been lowered, but the teams supporting them are working harder for that CEO, allowing the company to outperform quarterly expectations. Those who subscribe to the popular ways of thinking about all of this would call this the “sneaky part.” But really it is just what most people outside of the organization don’t see coming because their thinking and actions are guided by outmoded understandings and unsuitable metaphors of CEOs as sharks.

Everything boils down to expectations. While grandiose, high-profile CEOs may inspire confidence in their shareholders, they are also expected to achieve at higher levels by analysts. These expectations may be setting such CEOs up for failure by raising the bar for success too high. Meanwhile, expectations of the humble CEO are lower, yielding greater potential to surpass analysts’ expectations. While the researchers use empirical methodology to prove the benefits of a CEO’s willingness to give up some of their agency to managers and employees, they are also quick to note that much of this is about the difference between reality and perception, or, perhaps more importantly, whose perceptions matter the most.

From a managerial point of view, those wishing to be humbler will find there also needs to be a shift in the way we think of business in general. The notion of a ruthless financial sea full of sharks has been a constant in the financial media landscape, just as the reality of CEOs as normal, humbler people is often ignored by analysts. Furthermore, there exists a psychological, and even philosophical, perspective surrounding humble CEOs that doesn’t necessarily fall under the purview of most financial analysts.

“Humility is not thinking less of yourself, it’s thinking of yourself less.” Whoever said it, it’s pretty good advice for a humble life in general and a way of doing business in particular. But the misattribution highlights our need for the grandiose. Such sentiments must have come from someone of C.S. Lewis’s caliber, right? Such an idea couldn’t have come from a humbler source, could it? If we remain stuck in that mindset, then we undervalue the financial and organizational effects of the internal confidence and loyalty humbler CEOs bring.